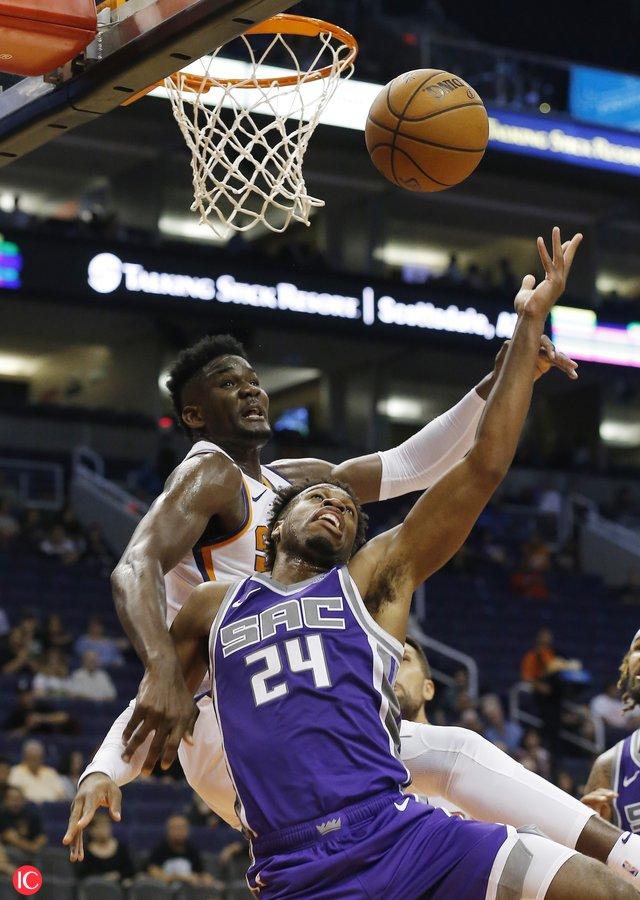 Both Deandre Ayton and Chavano “Buddy” Hield had strong showings on the court on Wednesday night as the National Basketball Association (NBA) regular season got underway.

“I had a lot of fun,” Ayton said. “This is the most fun I’ve ever had playing basketball. Being at the top-top level, I wouldn’t say I had one bad thing to say about this game.”

Ayton made his first shot, was fouled by Luka Doncic, the third pick in this year’s draft, and the three-point play put Phoenix ahead 3-2. The Suns led the rest of the night. Phoenix will be back in action on Saturday against the Denver Nuggets.

As for Hield, he scored 19 points and grabbed six rebounds for the Sacramento Kings in a 123-117 loss to the Utah Jazz.

Hield went 9-18 from the floor in 32 minutes of play. Utah led 71-57 early in the third quarter before Sacramento went on an 18-2 run and closed the lead to single digits.

The Kings will be in action again tonight against Hield’s former team, the New Orleans Pelicans. Tipoff is set for 8 p.m.