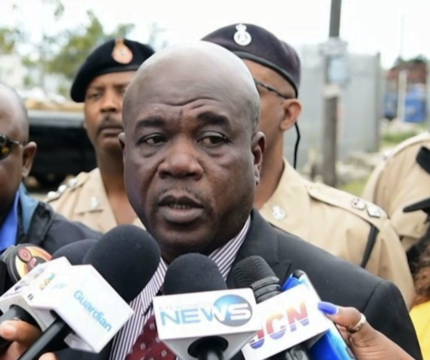 14 people were shot on Ethel Street on June 30

NASSAU, BAHAMAS- More than a week after a man accused of wounding more than a dozen people during a mass shooting at a birthday party in Montell Heights was charged in a magistrate’s court, authorities indicated yesterday that they were closing in on an additional suspect, wanted in connection with that incident.

A total of seventeen people were injured.

Fourteen people were shot, including two teenaged girls, both aged 17, and a 10-year-old girl.

When contacted, Chief Superintendent Solomon Cash, who heads the Central Detective Unit, said, “There is a second suspect.

“We are not in a position to release the identity to the media as yet.

“We are still doing some additional investigation locating that suspect.”

Asked how close authorities were to tracking down the suspect, Cash said, “We have an alias with that suspect. Again, like I said, our teams are trying to locate him; where is he is.

Cash said authorities were engaged in an island-wide search, but efforts were being focused in southeastern New Providence.

According to Cash, police expect to release additional information on the suspect in short order, inclusive of a wanted bulletin.

Last Tuesday, Jeremiah Andrews, 26, of Mantol Street, Montell Heights, appeared before Senior Magistrate Derence Rolle-Davis and was charged 14 counts of possession of a firearm with intent to endanger life after wounding more than a dozen people.

Police had circulated a wanted bulletin a week before he was detained and charged.

Prosecutors alleged that on June 30, while concerned with another, Andrews had a 9mm pistol with the intent to endanger the lives of the 14 shooting victims.

Andrews was represented by Krystal Rolle.

He is expected to return to court on September 10.

The shooting on Ethel Street sent shockwaves throughout the community.

Authorities sought to assure the public that the incident was an isolated one in which the suspect pursued a man, who was believed to be the intended target.

Noting that the community of Montell Heights is close-knit, Cash acknowledged that some residents may be reluctant to forward with information.

“But we [want to] to encourage them as much as we can and even if they want to take the means of being anonymous, we have an avenue in which we can work with them, even in those circumstances,” he told Eyewitness News Online.