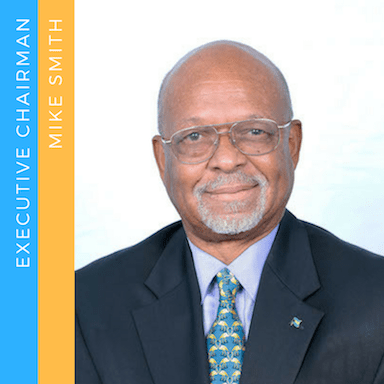 NASSAU, BAHAMAS – Local authorities who have been working with Interpol and the Federal Bureau of Investigation (FBI) following a cyber-attack on the Broadcasting Corporation of The Bahamas over a week ago, are closer to narrowing those responsible.

“These kinds of investigations take time, but I think we would have gotten sufficient enough information that we will hopefully, once analyzed and checked, will give us better insight as to who may have been responsible,” Dames told Eyewitness News Online.

“We have been working closely with the FBI; as well as… Interpol.”

ZNS was shut of its internal networks after hackers, believed to be internationally-based, infiltrated the corporation’s servers and demanded $50,000 on January 14.

After some initial correspondence, the demand was brought down to the $18,000 in bitcoin, a cryptocurrency.

ZNS refused to pay the demand.

The cyber-attack resulted in “significant loss” of data, archived footage and programming.

Accounts and information related to employees were not breached, however.

The data loss was estimated as well into the hundreds of thousands of dollars, according to ZNS Executive Chairman Mike Smith.

The infiltration of the state-owned corporation raised questions about the security secureness of other government entities and departments.

Asked whether any other government department or entity infiltrated, Dames said yesterday there was no further breach, but the incident highlighted the need to constantly review and upgrade cybersecurity measures of the government and its services.

To this end, the minister said a new independent cyber unit will be formed and will be comprised of an analysist, and information technology specialist.

He did not provide a timeframe for the formation of the unit or what its specific functions would be.

“We have done a lot of planning on the back end and one of the things that you can expect to see shortly is an independent — within the police force, though — cyber unit,” he said.

“[It will be] a group of people in a building who function really onto themselves.

“Once we get them we hope to provide the requisite training to get them up to snuff because many [organizations] like the FBI and others, they work with companies, private companies, to help them enlist.

“This is where investigations are headed.

According to Smith, the corporation’s board was in the process of reviewing several proposals from cybersecurity firms as part of a wider process to immediately shore up security to prevent any further breaches.

Assistant Commissioner of Police Paul Rolle, the head of the Anti-Corruption Branch and Financial Investigation Unit, revealed to Eyewitness News Online this week that cybercrimes against businesses in The Bahamas in 2018 netted more than $3.5 million.