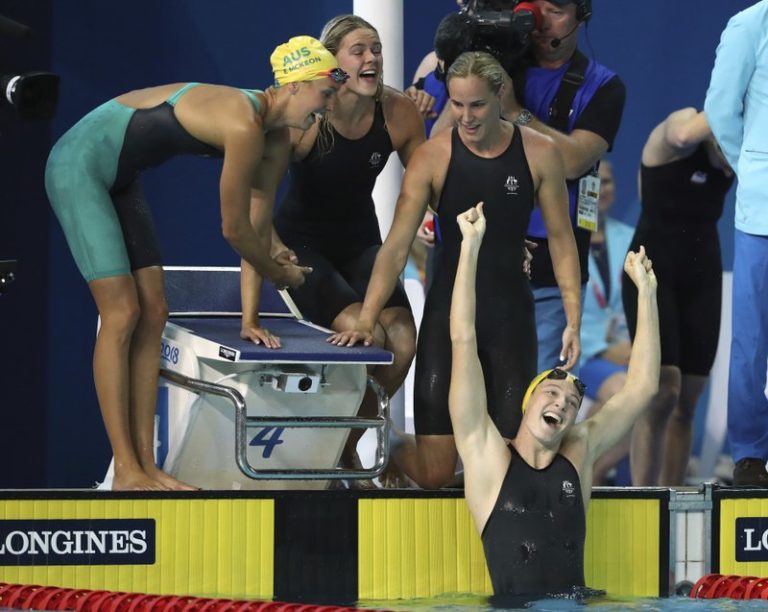 GOLD COAST, Australia (AP) — Australia’s 4×100-meter women’s freestyle relay team has done it again, breaking its own world record on the opening night of the swim program at the Commonwealth Games.

That broke the mark of 3:30.65 the team clocked at the Rio de Janeiro Olympics in 2016, when the Campbell sisters and McKeon were part of the team.