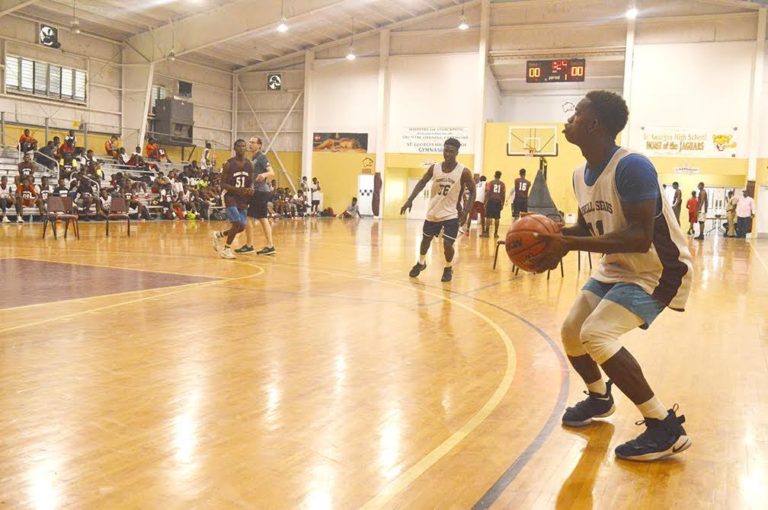 Two athletes earned collegiate scholarship offers, while several others garnered interest over the weekend at the annual Daryl Sears Basketball Showcase at the St. Georges Gymnasium in Freeport, Grand Bahama.

Former Doris Johnson standouts Lathaniel Bastian and Troy Tremblay were the athletes who scored the scholarships. Following the three-day event, Sears said that the coaches had mixed reviews about the talent crop gathered at the gym for the showcase.

“The Showcase started off a little rocky, but as always, the coaches enjoyed it,” Sears said.

“But like I said, we had two official offers yesterday, so that was a good thing.”

Although only two athletes earned basketball scholarships, Sears said that several athletes were prepositioned with football offers based on their size and athletic ability.

According to Sears, a lot of Bahamian high school basketball players fall into the “undersized” category at certain positions on the court, which means that their development at their respective positions might not be able to carry over to the next level.

“We have a lot who aren’t that tall. Here, they could be 6’4” and play power forward or center,” he said.

“They probably won’t be guards in college, because the skill set is not there, but they can go and play football, because they are so athletic and can get a scholarship in football.

“So were branching off and we’re going to start with girls again next year, boys and then football.”

“The younger group is what the coaches were excited about,” he added.

“That’s why we wanted them to come in so we could make those coaches come back. You had so many of these kids that are younger. That’s what this showcase is all about, giving them an opportunity.”