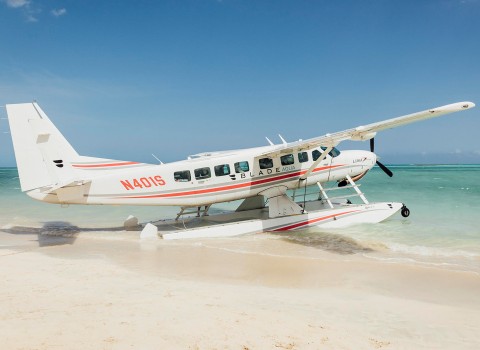 “Tourism is bouncing back”

NASSAU, BAHAMAS — The country’s visitor arrivals are increasing by “leaps and bounds”, according to Tourism and Aviation Minister Dionisio D’Aguilar, who noted in the House of Assembly yesterday that this nation has received nearly 300,000 visitors over the first five months of the year.

During his contribution to the 2021/2022 budget debate, the Free Town MP proclaimed: “Tourism is bouncing back.”

D’Aguilar said upon examining the numbers, 60 percent of the visitors are coming to Nassau and 40 percent are going to the Family Islands.

“With the onset of COVID, people wanted a low-density, secluded vacation at a small boutique hotel or AirBnB away from crowds and larger properties. That is exactly what happened.

“When you dig even deeper into the number, 27 percent of the persons going to the Family Islands went to Eleuthera, mostly Harbour Island; 20 percent went to Bimini and Cat Cay, mostly by boat from Florida; 19 percent went to Abaco, which is quite remarkable given the damage Hurricane Dorian put on that island and leads me to conclude that those second homeowners are very, very loyal to Abaco; and 17 percent went to Exuma.

D’Aguilar noted concerns of some stakeholders regarding the level of airlift to The Bahamas.

“They complain airline prices from our key markets are too expensive, and we are monitoring this very closely,” he said.

He added: “Resuming airlift has remained of utmost importance and my team monitors airlift closely and are in constant communication with our airlift partners. Our airline partners not only reassure us, but have also demonstrated that as demand picks up, they will add increased seat capacity.

“And this has indeed been the case. Airlift is approaching pre-pandemic levels, and we are nearing the return of all major airlines from key markets in the United States, Canada, Europe and Latin America. We are starting to see new markets open and partners adding increased capacity to existing routes.

“In total, scheduled international flights to The Bahamas have increased to 17 commercial carriers, with a combined seat capacity from 37 international markets. This is monumental as we are truly bringing the world to our shores.”