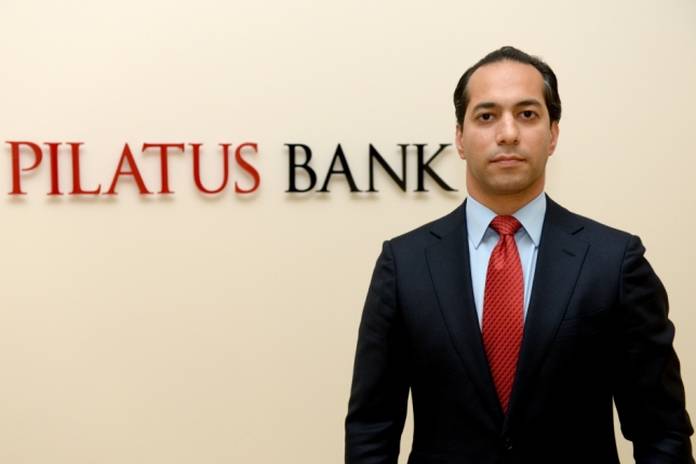 BASSETERRE, St Kitts — Ali Sadr Hashemi Nejad, chairman of Malta-based Pilatus Bank, who was arrested at Dulles airport in Washington, DC, on March 19, 2018, for his alleged involvement in a scheme to evade US economic sanctions against Iran, to defraud the United States, and to commit money laundering and bank fraud, reportedly used a St Kitts and Nevis passport when he applied for his banking licence in Malta.

However, his background as the son of one of Iran’s richest men prompted Maltese officials to conduct enhanced due diligence on his application, coming just months after the US Treasury had warned that certain individuals who were acquiring St Kitts and Nevis economic citizenship were seeking to engage in illicit financial activity using their new passports, including evasion of US sanctions against Iran.

The US advisory issued by the US Treasury’s Financial Crimes Enforcement Network (FinCEN) in May 2014, and which is still in force, stated:

“While many countries offer programs similar to the [St Kitts and Nevis] SKN citizenship-by-investment program, the SKN program is attractive to illicit actors because the program, as administered, maintains lax controls as to who may be granted citizenship. While the SKN government has publicly pledged to improve these controls, FinCEN believes that they remain ineffective.”

Sadr’s application was eventually approved by the authorities in Malta – a decision that is now being scrutinised closely.

Sadr reportedly possesses four passports issued by St Kitts and Nevis, a situation his US lawyers justified by arguing he has multiple passports only because he requested new ones when the pages of two of the original passports became fully stamped and a third was almost full but had valid “authorizations” for the UK, notwithstanding that St Kitts and Nevis citizens in any event enjoy visa-free entry to the UK.

All four passports were facilitated under the St Kitts and Nevis economic citizenship program by Henley & Partners, whose chairman Christian Kalin introduced Sadr to Malta’s prime minister, Joseph Muscat, a meeting that eventually led to the setting up and licensing of Pilatus Bank in Malta.

At the time, Henley and Kalin were in the process of establishing a similar economic citizenship program in Malta under an agreement with the Muscat government.

The Malta Financial Services Authority (MFSA) has since launched an investigation into Pilatus Bank, including an examination of whether the bank had been involved in wrongdoing.

The MFSA seized the bank and froze its accounts in March, a few days after Sadr’s arrest was announced by the US Department of Justice on a six-count indictment for allegedly participating in a scheme to illegally funnel $115 million in payments from Venezuela to Iranian individuals, in violation of US sanctions and anti-money laundering rules.

US prosecutors allege that Sadr, his father and other associates evaded sanctions by purchasing passports from St Kitts and Nevis and declaring their address as Dubai. They then used these passports to set up two companies in Turkey and Switzerland, which together received $115 million through Swiss bank accounts from Venezuela’s oil company between 2011 and 2013. These payments were cleared through US banks and then transferred to Sadr’s British Virgin Islands company.

Pilatus Bank’s financial information is reportedly now in the hands of FinCEN and the European Banking Authority has also opened an inquiry into the bank.

This article was previously posted on www.caribbeannewsnow.com