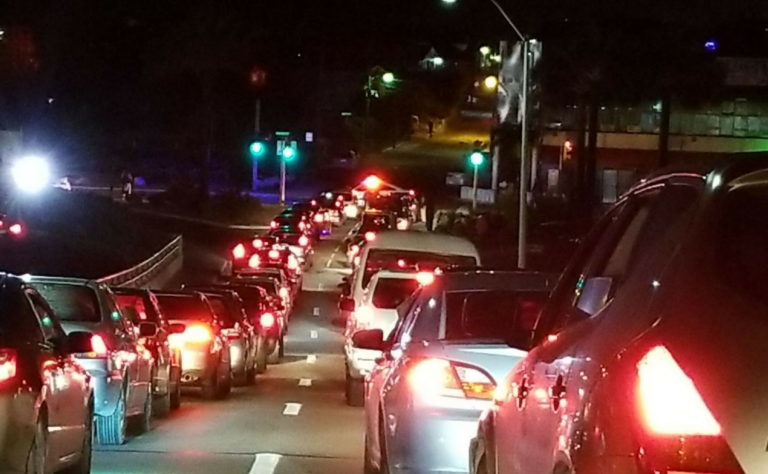 Paradise Island police officers have their hands full this morning on the heels of a shocking overnight robbery which took place on Paradise Island sometime around 11:00 p.m. Tuesday.

Traffic leading over the Sir Sidney Poitier Bridge was deadlocked for hours as police combed the scene for the culprits behind the nighttime heist.

Police were hesitant to release information to Eyewitness News (EWN) last night however, Wednesday morning’s police report revealed that two men, one armed with a firearm, entered a business establishment in Marina Village, Paradise Island – held the employees at bay – and robbed the establishment of an undetermined amount of jewelry.

The men made good their escape on foot, police confirmed.

Many are now questioning how a brazen criminal act of this nature could be successfully executed in a tourist hub, which is supposed to have round-the-clock security.

EWN is following this story and will provide an update once new details are made available.