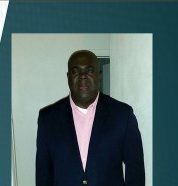 NASSAU, BAHAMAS – A multi-million-dollar overhaul at Arawak Cay has raised the standard of public restroom facilities at the popular cultural eatery hub, following years of vandalism that has left the eastern and western restrooms on the cay in a constant state of disrepair, according to Paul Willie, Arawak Cay Manager.

It was a little over one year ago that Eyewitness News Online visited the Fish Fry to highlight the horrible conditions of the eastern and western restroom facilities.

On May 23, 2018, an unannounced visit to the Arawak Cay bathroom facilities uncovered subpar restroom facilities; countless urinals were broken and covered with black garbage bags.

Doors one a number of restroom stalls had been broken off of their hinges and vandalized with graffiti.

Signs to indicate male and female restrooms were handwritten and there was a fowl stench which emanated from both restroom facilities.

But, a visit to the same facilities yesterday revealed drastically improved conditions.

Urinals in the eastern male bathrooms have been fully installed and bathroom stalls have been refurbished.

“Last time you were here that section was closed off and we got all of that fixed,” Willie said.

“It is functional and very clean. It cost us quite a bit of money and we hope that the Bahamian public, and visitors, take care of it after we have spent all this money to make sure that everyone is comfortable.”

Willie revealed that the project at the eastern bathrooms cost an estimated $60 thousand dollars.

He said the onus is on Bahamians and visitors to ensure that the facilities remain pristine.

“When you use the facilities, you need to make sure to treat it as if it were your home. Flush the toilets and dispose of paper towels are disposed where they should be disposed,” he said.