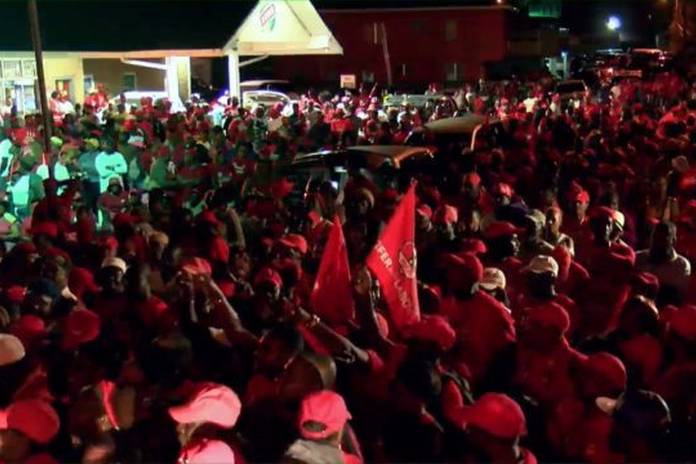 ST JOHN’S, Antigua — Prime Minister Gaston Browne led his Antigua and Barbuda Labour Party (ABLP) to a resounding win in the general elections on Wednesday. After an often controversial campaign, the ABLP emerged victorious, on track to win 15 of the 17 seats.

The opposition United Progressive Party (UPP) seemed likely to end up with no more than one seat. Trevor Walker, the candidate for the Barbuda People’s Movement (BPM), took the Barbuda seat, ousting ABLP incumbent Arthur Nibbs.

UPP political leader Harold Lovell failed to win a seat for the second time and deputy UPP leader, Wilmoth Daniel, also lost his constituency race to Browne by a margin of almost three to one.

This article is courtesy of Caribbean News Now.