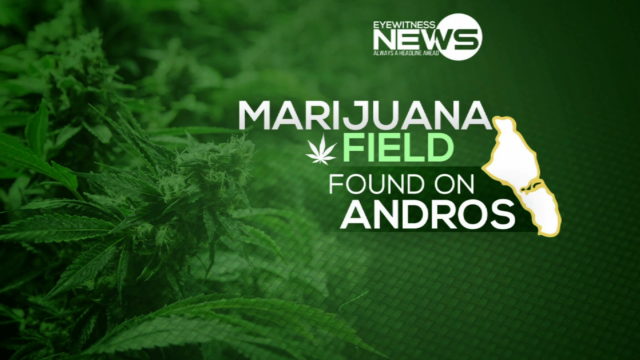 Some $2 million dollars worth of marijuana fields have been seized so far for 2018, with the latest field being discovered near the Bahamas Agricultural and Marine Science Institute (BAMSI) in North Andros, according to police.

It’s the fifth such field discovered for the year.

In the latest incident, police said intelligence led officers to search a bushy area near BAMSI, where they discovered 600 marijuana plants.

Police said no one has been was arrested in connection with this latest find.

Back on June 12, $600,000 worth of marijuana trees were discovered in a field in a bushy area south of the Leonard Thompson International Airport in Marsh Harbour, Abaco.

Officers said they discovered 1,000 marijuana trees ranging from two to eight feet in height. There were also no arrests.

Twenty-five hundred marijuana plants were recovered, police confirmed at the time, with no arrests.

Back on March 19, Eleuthera Division officers, acting on information said, they seized a quantity of drugs during the early morning hours.

Officers said they went to a busy area on the northern side of Rock Sound settlement shortly after 5:00 a.m., where they discovered a field with approximately 55 marijuana plants.

Police said a short while later, an adult male came to the field and was seen tending the plants.

He was taken into custody and the plants were confiscated.

And finally on January 22nd, Abaco police reported that they discovered a large marijuana field early that afternoon.

Reports are that shortly after 1:00 pm, officers acting on information went to an area off S.C. Bootle Highway in Marsh Harbor, Abaco, where they discovered a marijuana field with approximately 3,103 plants, ranging between three inches and four feet in height.

Police said the plants have a street value of 1.5 million dollars.

Three Bahamian males were arrested and taken into police custody.