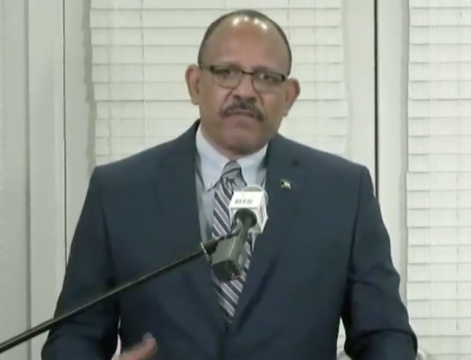 NASSAU, BAHAMAS — There are four new confirmed COVID-19 cases, and among them is a 51-year-old woman who was tested after her death.

The woman, a Grand Bahama resident, died on Monday.

This brings the total number of confirmed cases in the country to 40.

Minister of Health Dr Duane Sands announced the new cases during a live broadcast at the Ministry of Health today.

This brings COVID-19 related deaths in The Bahamas up to seven.

During a virtual press conference, the minister extended condolences to the family.

As of Wednesday afternoon, there were 33 cases in New Providence, six in Grand Bahama and one in Bimini.

The ages of those patients ranged from 36 to 60.

He said the patients were comprised of two men and two women.

One patient has been admitted to Doctors Hospital West, and will remain in isolation.

Overall, Sands said COVID-19 patients were doing well, but there were some who were very ill

He said areas west of Sunset Highway; the immediate areas east of Lucaya and Williams Town were also areas of concerns in Grand Bahama.

The ministers said the deaths underscore the seriousness of the global pandemic.

A nationwide lockdown will take place tonight at 8 pm until Tuesday at 6 am, with the exception of essential workers.

Food stores will remain open for essential workers between 6 am and 10 pm.

Sands said too many people were finding ways to circumvent the orders — a major concern for health officials.