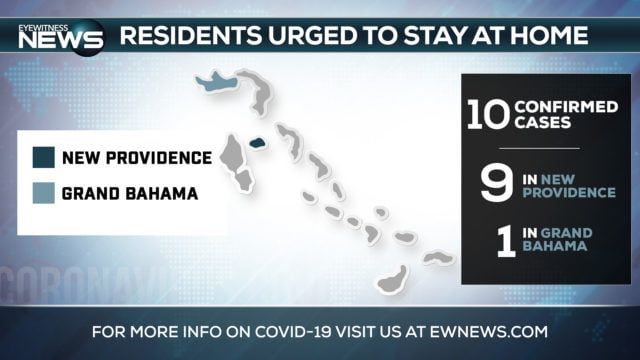 NASSAU, BAHAMAS — The number of confirmed COVID-19 cases in the country has risen to 10, according to the most recent dashboard released by the Ministry of Health.

It has since been corrected.

The country’s first case, a 61-year-old Bahamian woman, is the only recovered case to date.