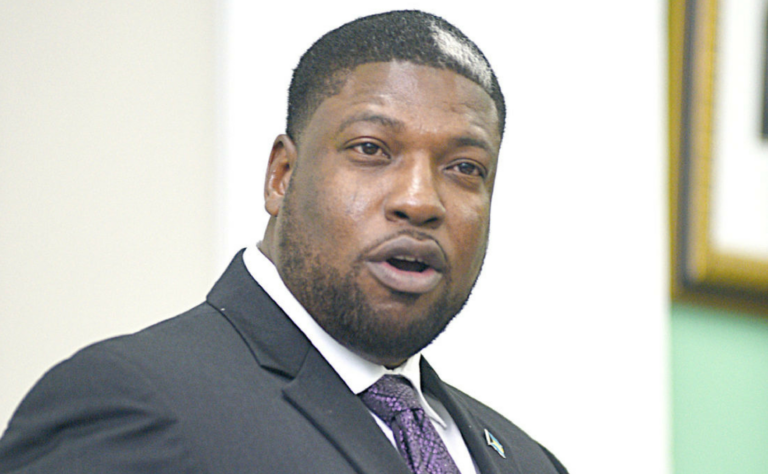 NASSAU, BAHAMAS — North Andros and the Berry Island MP Carlton Bowleg assured yesterday the island was prepared for a tropical storm as meteorologists closely monitor a weather system forecasted to impact Andros and New Providence over the weekend as a “rainmaker” tropical storm.

“On Andros, we are prepared,” Bowleg told Eyewitness News.

“I want you to remember one thing; that we went through Hurricane Matthew.

“One thing we have done is we don’t take storms lightly.

“If there is a storm that is going to be coming into north Andros or the Berry Islands.

“People there are well aware of the severity of it.”

Shelters have been named on the island, according to an updated list published by the National Emergency Management Agency.

Bowleg said all of those shelters were prepared and updated considering the need to social distance amid the ongoing coronavirus pandemic.

“We have everything in place, ready to go in case of a storm,” he said.

“Our shelters are in place. All of them are updated and if need be we have other facilities that we can choose in place of emergencies to facilitate our people and make sure they are definitely safe.

“At the same time, we know that we must practice social distancing in every which way, so we have to be very careful and mindful of how we are going to be putting those people up inside of the shelters.”

As a result of a surge in coronavirus cases, The Bahamas has been placed under a nightly curfew from 7pm to 5am.

Weekend lockdowns are also expected to continue until the situation improves.

Asked whether this presents a challenge for hurricane preparations, Bowleg expressed confidence the government would allow for proper preparation in the event of a storm.

He said: “The prime minister stated that quite clearly, that the reason why they will take off curfew in these storm conditions like this is for people to prepare themselves for the storm. That will never even be an issue. I know it won’t be an issue.”

The MP said residents began preparing ahead of the current season, which begins every June 1 through November 30.

The general track of the system shows it impacting The Bahamas by Saturday.

Around 6pm, Chief Climatological Officer Michael Stubbs said the system was expected to be a “weak tropical system” and was “struggling to maintain”.

Stubbs said: “If it continues to intensify, we see it right now, based on our present state that it may go as high as tropical storm conditions and it will traverse the archipelago from Turks and Caicos Island as it comes out of the Caribbean Sea and move along the chain of islands all the way just to the west of Andros and near the coast of Cuba, as a weak tropical storm, mostly a rainmaker if anything. That’s the current position we have on this right now.”

As of 5pm, the weather system was 435 miles east, southeast of the Leeward Islands.

The system has been forecasted to become a named storm Tuesday night or today.

It is expected to bring heavy rainfall and tropical-storm conditions to the Leeward Islands, the US and British Virgin Islands, as well as Puerto Rico.