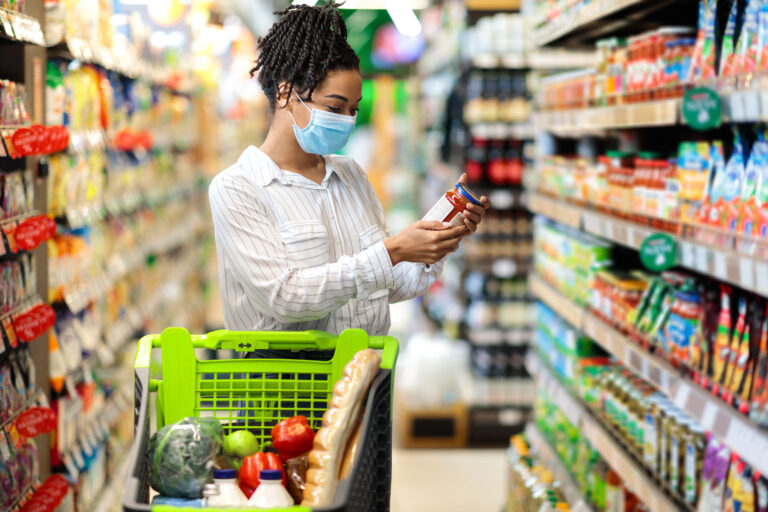 A shopper checks the label on a package. (PHOTO: PROSTOCK-STUDIO VIA SHUTTERSTOCK)

FREEPORT, GRAND BAHAMA — AML Foods Limited announced yesterday that it has signed a long-term lease, secured for up to 30 years, to reopen Solomon’s Freeport on York Street in Downtown Freeport.

The location that previously housed Winn Dixie will be used to relocate Solomon’s Freeport on Queen’s Highway, which was damaged during Hurricane Dorian.

Gavin Watchorn, president & CEO of AML Foods Limited, explained: “Solomon’s Freeport sustained extensive damages and losses due to Hurricane Dorian, but our commitment to the Grand Bahama community never wavered; it was always our intention to reopen the store that serviced Grand Bahamians for almost 20 years.

“We were working on the plans and details throughout COVID-19 and we are now ready to move ahead with what we feel is a ‘great fit’ for both Grand Bahama and our company”.

Establishing a network of smaller neighborhood food stores is a key element in AML’s expansion strategy that aims to drive group-wide sales to $250 million or more by 2030.

To open its newest location, AML will invest $3.5 million, which aligns with its lower capital investment goals, and engage local contractors and artisans for more than 80 percent of the work.

“This location has been iconic for the Grand Bahama community in the past, and we expect that our investment will act as a catalyst for the revitalization of the downtown area,” said Watchorn.

“The new 20,000-square-feet store will feature a Solomon’s neighborhood format and will add approximately 40 new Jobs to the Freeport economy.

“We expect to open this latest location in March of 2022, and priority will be given to Grand Bahamians for all job openings.”

The company has engaged James Sarles of Freeport to seek a rental or the sale of the Queen’s Highway property and will reinvest the proceeds into future growth opportunities.

AML announced in March a $1 million renovation plan for Solomon’s Lucaya, with a completion date of mid-June. However, due to some unforeseen delays from suppliers as well as in the construction industry, the project is now projected to be completed by mid-August.

AML is a long-standing supporter of the Grand Bahama community, donating more than $100,000 annually to non-profit organizations and groups that help the Freeport community and its customers. The company employs approximately 200 Grand Bahamians across its Solomon’s Lucaya and Cost Right Freeport locations and its Corporate Support Center.

“We will continue to stand firmly with our customers, our employees and the wider communities of Grand Bahama,” said Watchorn. “These projects demonstrate our company’s commitment to the Freeport economy and helping residents to rebuild and grow.”

I’m happy to hear about the plans you have for Grand Bahama. Keep us up to date as you move forward.

I am so happy to hear that’s it will be great for grand bahama.

My son need a stocking Job he is 23 karl Rolle

God is indeed good thank you so much again for this opportunity That will help GRANDBAHAMA with Much needed Job I pray continued blessings on your franchise.

At a time when needed this is definitely welcomed news. These jobs will definitely inject much needed capital into the local economy. Great news. May God bless this project.