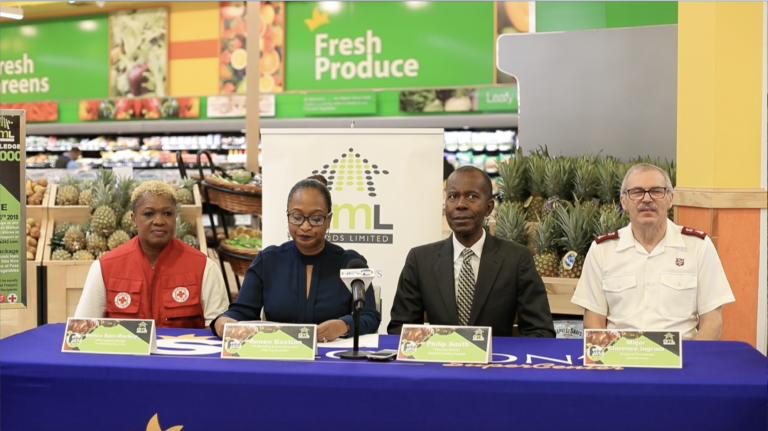 Vice President of Marketing at AML Foods, Renea Bastian said she is looking forward to another successful year.

“Between November 12 to December 16, AML is appealing to the general public and corporate Bahamas to purchase or donate towards the purchase of Christmas dinner packages valued at $40 at any Solomon’s food store…” Bastian said.

The packages include a picnic ham, a five-pound bag of rice, four canned goods, a bag of stuffing and chicken.

Executive Director of the Bahamas Feeding Network, Philip Smith said that he prides himself in knowing that Bahamians that do contribute to this cause can see where their money is going.

At the end of the initiative, representatives from the Bahamas Red Cross, Salvation Army and Bahamas Feeding Network will collect packages from AML to distribute throughout Nassau on December 19 and Grand Bahama on December 20.  Last year, a total of 2,000 packages were distributed, however this year AML is aiming to present a total of 2,500 meal packages.