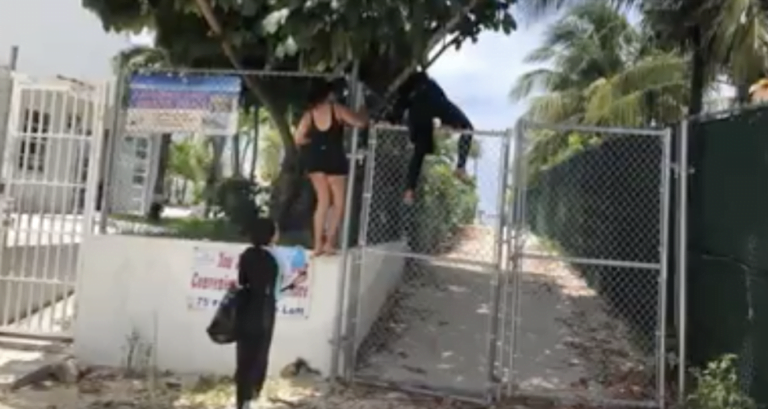 UPDATE: The Americans have been discharged by the court. During the arraignment, the women claimed they were given permission to use the beach by two officers, whom they alleged told them “we will turn our backs” while they proceed.

JUST IN: Three American women were hauled before a Magistrate’s Court today after videos circulated on social media purportedly showing them hopping a fence to access Cabbage beach over the Independence Holiday weekend when beaches were closed.

Prime Minister Dr Hubert Minnis ordered the beaches closed, explaining the measure was to curb the spread of coronavirus.

Responding to the matter outside Cabinet on Tuesday, Minister of National Security Marvin Dames said no one is above the law.

This is a developing story.

Always a headline ahead, around the world, Bahamas, Bahamas news, ewnews.com