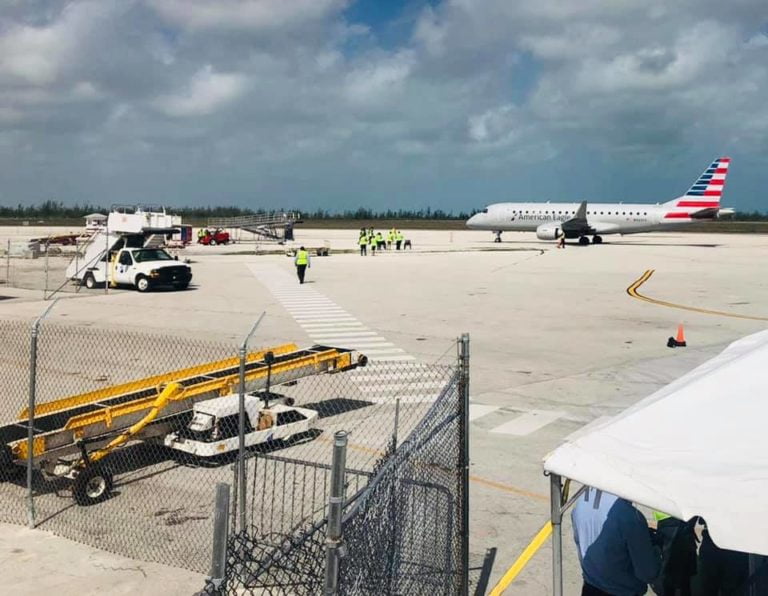 NASSAU, BAHAMAS — Redevelopment Coordinator for Grand Bahama Algernon Cargill yesterday said the return of American Airlines’ commercial flights bodes well for the island, adding there is “nothing impeding any airline from returning to Abaco or Grand Bahama”.

“They have met all the international standards,” he told Eyewitness News.

In a statement last Friday, the Ministry of Tourism noted American Airlines is the fourth airline to re-launch commercial international flights to Grand Bahama since the hurricane.

Bahamasair returned first with a special flight from Tri-Cities Regional Airport in Tennessee in on November 26, 2019; Sunwing Airlines returned on December 14, 2019, connecting Grand Bahama to Toronto and Montreal; and Silver Airways relaunched services between Freeport and Fort Lauderdale on December 19, 2019.

“We are happy to report that stop-over arrivals on all of these flights have been solid, which is a good indication that Grand Bahama is still rocking,” said Ministry of Tourism and Aviation General Manager for Grand Bahama Steven Johnson.

“This is not only going to connect us to a wider network of travelers, but it also offers Grand Bahamians more travel options and convenience.”