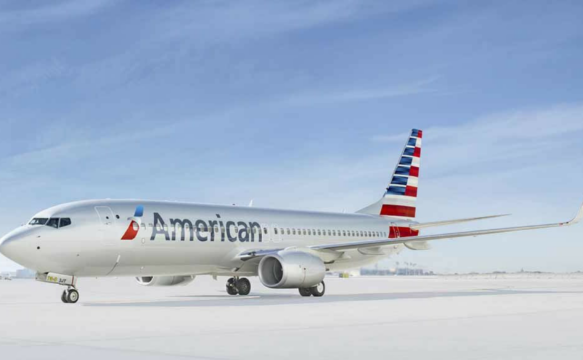 American Airlines, the largest international carrier operating in The Bahamas, has added five new flights and 453 total seats, increasing the number of nonstop and connecting flights from three major cities in the United States (U.S.).

Beginning in December 2018, the new flights will offer more nonstop options to Nassau, Grand Bahama, North Eleuthera and Abaco for travelers escaping from the Chicago, Miami and Charlotte gateways during the cold winter months.

Seasonal flights from Miami International Airport (MIA) to Freeport, Grand Bahama (FPO) will launch on December 18, 2018, operated by the E175, a 76 seat aircraft.

The airline said it will also launch year-round service from Charlotte Douglas International Airport (CLT) in North Carolina (NC) to two destinations in The Bahamas. Saturday service into North Eleuthera Airport (ELH) will begin on December 22, 2018, adding 65 seats on the CRJ aircraft.

A second Saturday-only service will introduce 76 new seats into Marsh Harbour Airport in Abaco (MHH), operated by the E175 aircraft. The weekly flights will bring a total of 141 new seats to The Bahamas.

Bahamas Minister of Tourism and Aviation Dionisio D’Aguilar said he is confident that the new flights will help fill the higher inventory of rooms added by new hotel developments throughout The Bahamas.

“The addition of several new flight options from American Airlines is welcomed news for the local tourism industry,” said D’Aguilar.

“As our room inventory increases, we are eager for to meet that demand with more seats bringing travelers to our islands. The benefits will be felt especially during our winter months when tourists from cold areas are looking for a warm, sunny vacation.”

The new air service contributes to an upward trend in air arrivals to The Bahamas recently reported by the Nassau Airport Development company (NAD). Arrivals are said to have reached the highest level in 11 years, exceeding even pre-recession numbers.

Travelers can book flights beginning May 14, 2018, on American Airlines’ website.