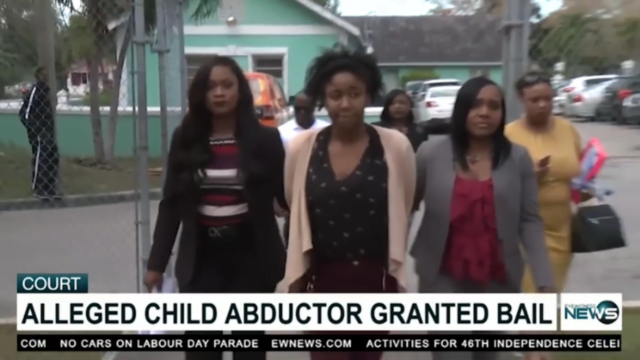 De’adra Gibson, 29,  appeared before Justice Gregory Hilton, however after she was unable to control her sobbing, she was removed from the  court before her bail conditions were handed down.

Hilton reasoned that because Gibson’s charges carry a maximum sentence of two years, and she could possible spend two years awaiting trial, she could be granted bail.

Gibson was released on $20,000 bail with two sureties.

Hilton ordered that Gibson continue regular checkups at the Sandilands Rehabilitation Center, follow her treatment plan and provide proof to the court.

She must also surrender her passport, report to the Elizabeth Estates Police Station on Mondays, Wednesdays and Fridays, have no contact with witnesses and wear an ankle bracelet.

Gibson was charged back in April, 2019 with four counts of abduction under the Sexual Offences Act.

According to reports, on February 16, 2019, Gibson abducted a 3-year-old boy and then in March, she abducted three eight-year-old boys.

Three of the boys were dropped off at the entrance of the City Dump, hours after they were picked up.

The three-year-old, according to the police, was abducted from in front of his South Beach residence and was dropped off hours later at a laundromat on Joe Farrington Road.

Gibson pleaded not guilty to the charges.