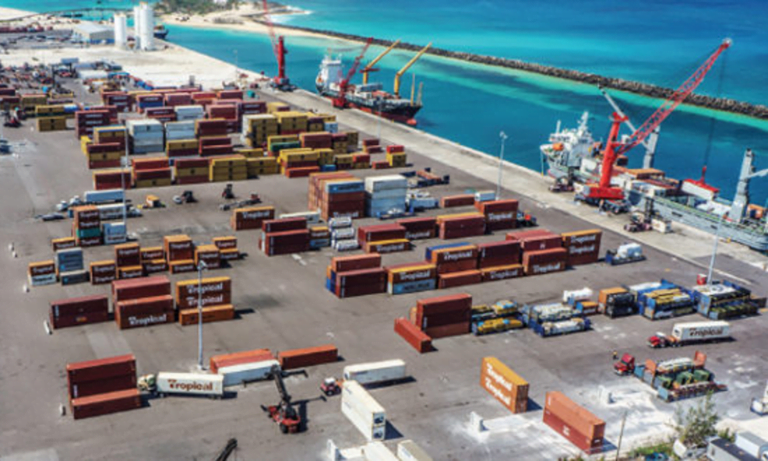 NASSAU, BAHAMAS — Arawak Port’s top executive said yesterday that while mounting shipping delays and cargo backlogs have continued to plague some major US ports, up to this point, he has not seen any delay or negative impact.

However, he said he would not dismiss the possibility.

Dion Bethell, Arawak Port Development (APD) president and chief financial officer, told Eyewitness News: “Currently there is an issue on the west coast of the United States with the ports of Los Angeles and Long Beach, California. There is a backload of cargo ships waiting to berth and offload their cargo.

“A lot of their issues [are] really trucking. There is a shortage of truckers to get stuff off the ships to the warehouses or holding facilities.

“While we don’t dismiss the possibility that there could be an impact locally, we have not seen it up to this point.

“Primarily, our concentration has been on perishable items — items on grocery store shelves. Most of that cargo comes from North America — US and Canada. As it relates to the supply chain for grocery items, we have not seen an impact negatively on that type of cargo coming into this market.

“We have not seen any significant change in vessel schedule. We have the capacity to facilitate them when they do come.”

According to Bethell, most of the cargo being impacted by delays on the US west coast are general store and merchandising items out of Asia.

“Around this time, mid-October leading up to Christmas is [the] time we see a lot of Christmas supply stuff coming in,” said Bethell.

“We have not seen up to today any negative impact or delay in seasons’ items or goods. I’m not dismissing the possibility that there could be.”

While local building supply companies have reported supply chain issues, Bethell said it has not resulted in any significant decrease in import volumes for those supplies.

“Most of those materials originate out of the US and Canada. We haven’t seen any significant decrease in volume as it relates to that,” he said.

“Most of the international cargo — not all — may come via Freeport through MSC. They go to Freeport and then offload [and] go onto smaller vessels that come here.”