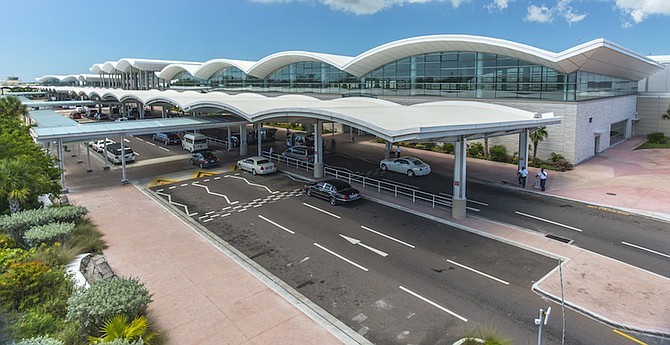 Air traffic controllers around the globe were celebrated Sunday for their contributions to the sustenance of the aviation industry.

October 20 was observed as International Day of the Air Traffic Controller.

“The average traveler rarely thinks about the labor or expertise required to ensure their safety. Ticket agents, gate agents, airport security, flight attendants and pilots are all visible at some point during the experience, but air traffic controllers are unseen, said Hinsey McKenzie, Bahamas Air Traffic Controllers Union President.

“Bahamian air traffic controllers are among the best in the world, and it is their due care and attention that keeps travelers safe.”

In commemoration of their special day, the air traffic controllers welcomed Eyewitness News into their highly secure compound for an exclusive look at the intricacies of their profession.

The tower currently employs a little over 100 Bahamians who are responsible for all air traffic in and out of The Bahamas.

The tower is divided into three sections.

Flight Services receives all pertinent data from flights which land and depart on any island in The Bahamas.

The department logs flight plans, the number of persons on board any given aircraft, it documents flight identification codes and other particulars.

Search and Rescue is also housed in the same office as Flight Services.

The Search and Rescue desk is responsible for ensuring that flights arrive at the airport based on a pilot’s estimated time of arrival (ETA).

Whenever a plane does not arrive at Lynden Pindling International Airport (LPIA) within ten minutes of its ETA, the Search and Rescue team kicks into action by establishing communication with the flight to ensure that it has not experienced any difficulties during its journey.

The second section is the control tower.

The department gives each flight its own tracking code before departure and is also responsible for guiding all ground traffic both on and off the runway.

This department keeps a close watch on all air traffic within a 55-mile radius of LPIA, to ensure that flights remain on course and avoid in-air collisions.

On an average day, air traffic controllers at LPIA handle approximately 600 flights and that number doubles during the airport’s busy season.

“Our air traffic controllers are using highly technical equipment, making calculations, and managing equipment to maintain a safe environment in the air and on the ground. They are technicians and engineers working every hour of every day to manage a complex system,” McKenzie noted.

Over one million travellers depend on air traffic controllers to get to and from their travel destinations, whether for business or pleasure, without complication.

“Bahamas Air Traffic Controllers Union is proud of the team of over 100 controllers who prove their commitment every day. This work is rarely spoken of, only noticed when it is brought to a halt,” McKenzie noted.

“We recognize their work and what it means that we do not often hear about it — their jobs are well done.”