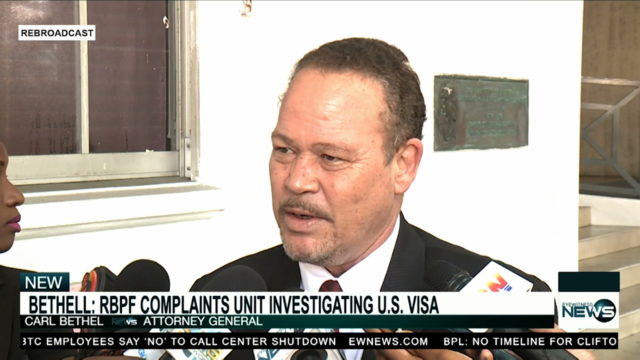 Attorney General Carl Bethel said he is expected to meet today with the attorneys involved in the shanty town eviction case but the government, he said, is seeking to have an amendment to an injunction to prevent any unlicensed building or additions to any structures in any of the shanty town

Earlier this year, the government announced plans to demolish the 11 existing shanty towns on August 10. However, those plans were short lived as Supreme Court Justice, Cheryl Grant- Thompson granted an injunction ahead of this eviction date.

The injunction ordered the government and utility providers to halt any planned service disconnections or evictions in shanty towns, pending a judicial review of the government’s policy to eradicate those communities.

Bethel added that there have been some discussions with counsel on ‘the other side’ towards an agreed position, but the efforts have not been successful.

“Tomorrow [Wednesday]I have a council meeting with all of the attorneys in my office involving this matter, and we will take the next steps to advance this matter.”

There are two main focuses of the government’s agenda in this situation, Bethel said, “To get the amendment on the injunction and to arrange for an early date on the trial of this matter.”

The shanty town community is being represented by Fred Smith, QC.

The government was originally represented by Harvey Tynes, QC, and Robert Adams, but both parties have since vacated their positions on the government’s legal team.