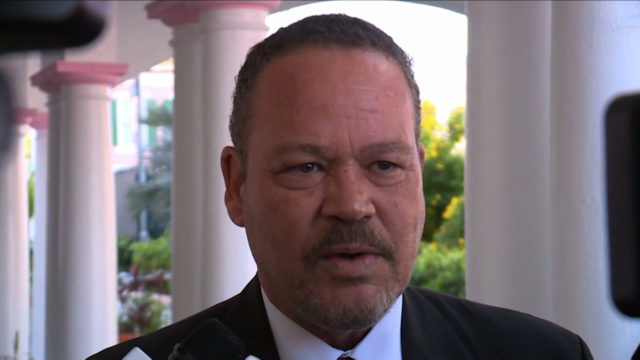 NASSAU, BAHAMAS – Attorney General Carl Bethel said yesterday that while the opposition has sought to derail the amendments to the Immigration Act by engaging in “scare mongering”, the government will move forward as the amendments are critically necessary for The Bahamas and its citizens.

The bill was passed in the House of Assembly last month.

It is expected to be debated in the Senate today.

“I will address all of the race baiting and scare mongering of the opposition,” Bethel told Eyewitness News Online.

“At the end of the day, this bill is critically necessary for the repositioning of The Bahamas both in the financial sector, but also in terms of the onward development of trade, industry and business in The Bahamas — for the benefit of all Bahamians.”

The bill provides exemptions for work permits in The Bahamas.

The opposition has called the bill regressive and suggested it would take The Bahamas back to pre-1967.

Following debate on the Immigration (Amendment) Bill, 2019, in the House, Opposition Leader Philip Brave Davis voted against the amendment.

The other three opposition members were absent for the vote, as were 14 members of the governing side.

According to the proposed legislation, work visas or short-term work visas for professionals who enter The Bahamas for less than 14 days for a specific purpose would be exempted from requiring a visa.

Attending or participating in a conference or business meeting, among other purposes, meets the criteria of the bill.

The bill would also establish a BH-1B visa and a BH-4S permit.

Labeling the bill as ill-conceived, Progressive Liberal Party (PLP) Chairman Fred Mitchell said in a statement released Sunday that the opposition is fundamentally opposed to the bill and it stands to loosen controls that protect the “integrity of our borders and our workforce”.

He encouraged Bahamians to stand against the proposed amendments.

“The government intends to push through amending the Immigration Act despite there being no consultation with affected stakeholders nor the Bahamian people in general,” Mitchell said.

“This is part two of the dismantlement of the Bahamianization policy actively underway by this FNM (Minnis and Symonette) administration; part one being the enactment last year of the Commercial Enterprises Act.

“These policy changes remove protections for Bahamians in our national economy and award new privileges and rights to foreign investors, foreign workers and foreign professionals in our country.

“This FNM government’s  declared policy is that through these radical changes, Bahamians will get a ‘trickle down’ benefit. These measures will have the opposite effect and instead will further marginalize Bahamians in their own economy.”

In recent weeks, Bahamas Bar Association (BBA) President Kahlil Parker has labelled the amendments to the act as unworkable and lamented the government for not consulting the legal fraternity.

He said the amendments could threaten the legal profession and others.

However, Minister of Finance Peter Turnquest has argued that there are controls built into the proposed legislation to circumvent free access to the Bahamian market for non-Bahamians to do business in the country without a work permit that has been vetted.

According to the government, the issuance of the new visa and work permit could have an over $50 million impact on the country if specific technology firms are attracted to do business in the country.

Wow this is not good I don’t trust this Governments abilities to regulate this because these major corporations around the world has deep pockets and I truly believe that it is them that are dictating to our government what they want only concern about their bottom line ( profits) .What do we as Bahamians benefit from this ? I know what will happen we will see lots buisnes but can’t get no jobs new homes being built that we can’t afford to live in .What sence is it to open up the country to foreign investors and Bahamians only eligible for the leftovers this shit is pure madness