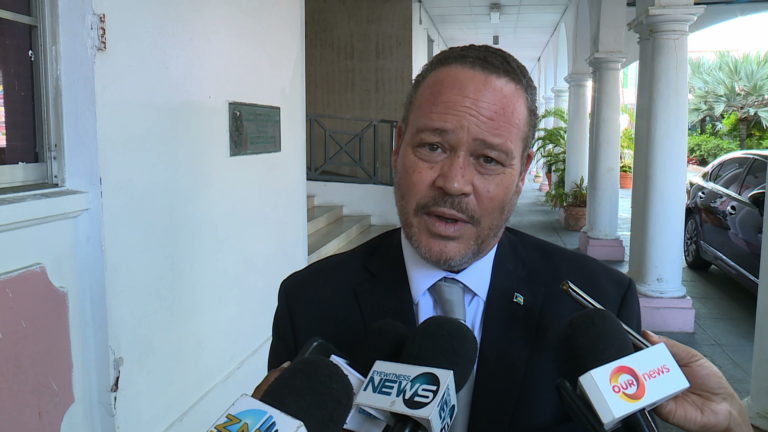 Curfew will be more vigorously enforced

NASSAU, BAHAMAS — While the resumption of travel in the comings months may not be possible, Attorney General Carl Bethel yesterday said the end goal is to be able to reopen the country’s domestic economy.

“The idea finally is as I said, if we can in two months, two and half months, flatten this curve, isolate the super spreaders, isolate any hotspots, then we can take a deep breath, see where we are and slowly move towards opening sectors of The Bahamian economy,” Bethel said.
“Out of regard to what is going on around the world, we don’t see that are going to be able to open up to the world.
“But over time, if people respect the laws and the rules, if we can achieve this goal, we can begin to open the Bahamian domestic economy. That is the goal.”
He added that it will be “short term pain for medium term gain”.
Bethel also noted the government will begin to vigorously enforce its emergency curfew orders to combat the local spread of the coronavirus (COVID-19).
Bethel’s comments came just as he ended debate in Senate on a resolution extending the COVID-19 public state of emergency, regulations and orders until April 30.

The resolution was passed unanimously.

“The curfew will be more stringently applied,” Bethel said, as he underscored the need to mitigate the spread in the country.

“And you need now to call the police first and give them the information first, otherwise, you run the risk of being turned around and set home.

“It will be more vinously enforced. This same 24-hour curfew.”

Bethel noted that essential workers commuting from work are exempt.

He however urged employers of exempted workers to call the police and give the names of the employees, so they have “a record of exactly who is going to be on the road.”

As of yesterday, health officials have confirmed 33 cases of the virus throughout the country, and five related deaths.

Bahamians have been urged to stay at home as community transmission has been confirmed.

Countries worldwide have closed their borders to most incoming travel.