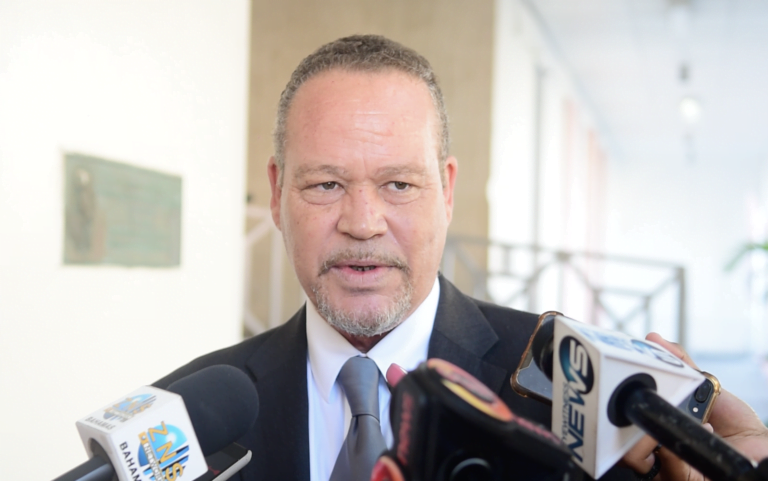 NASSAU, BAHAMAS- There have been 40 money laundering convictions in The Bahamas over the past four years, Attorney General Carl Bethel revealed yesterday, noting that the Royal Bahamas Police Force has placed an “intentional focus” on money laundering investigations and prosecutions.

Bethel, who was addressing the Association of Bank & Trust Companies (AIBT) Nassau Conference at the Baha Mar Resort yesterday, noted that in 2015 there was only one person charged with money laundering.

“Since that time to-date, there have been 80 persons charged, 70 persons prosecuted, and 40 convictions for money laundering,” Mr Bethel stated.

He noted that the Financial Crimes Unit has developed an excel tracking data-base to capture its statistics on money laundering (ML) terror financing (TF) and proliferation financing (PF) prosecutions, convictions, investigations and confiscations.

“During this period and outstanding achievement has been the intentional focus on money laundering investigations and prosecutions being placed before the courts by the Royal Bahamas Police Force and the Office of the Director of Public Prosecutions,” Bethel said.

The Financial Action Task Force (FATF) has demanded that The Bahamas prove it is investigating and prosecuting all types of money laundering. The Bahamas is seeking to escape the FATF’s monitoring list as a nation having been identified as having deficiencies in its anti-money laundering and counter-terror financing defenses.

The report found The Bahamas was only partially compliant on 21 – more than 50 per cent – of 40 technical standards. While it was deemed ‘non-compliant’ with just one standard, and found ‘compliant’ and ‘largely compliant’ on eight and 10, respectively. The CFATF also rated this nation as in either ‘moderate’ or ‘low’ compliance with the 11 implementation ‘effectiveness’ ratings.

“Significant progress, over the last 24 months, has been made regarding implementation of the revised provisions of the legal, supervisory and enforcement regimes coupled with an intense focus on international cooperation tools and systems,” Bethel said.

He continued, “We have recently completed our third face-to-face meeting with the International Country Risk Guide (ICRG) Joint Group of The Americas by videoconference on Friday past. An ICRG report will be produced and The Bahamas’ progress to addressing the recommendations on the ICRG agreed Action Plan will be discussed in October, 2019 at the FATF plenary sessions. We are encouraged by the discussions and are hopeful that the tremendous efforts of the 13 government and private agencies of the Identified Risk Steering Committee will be recognized at the Paris meetings and The Bahamas will be released from the compliance document (FATF grey list).”

Bethel added that this nation has been able to “address significantly” all of the gaps and deficiencies identified by the CFATF.

He said, “We will continue to address the remaining issues with one goal in mind – to ensure that The Bahamas regains its pre-eminence as a reputable and AML/CFT/CFP compliant jurisdiction that is open for business.”