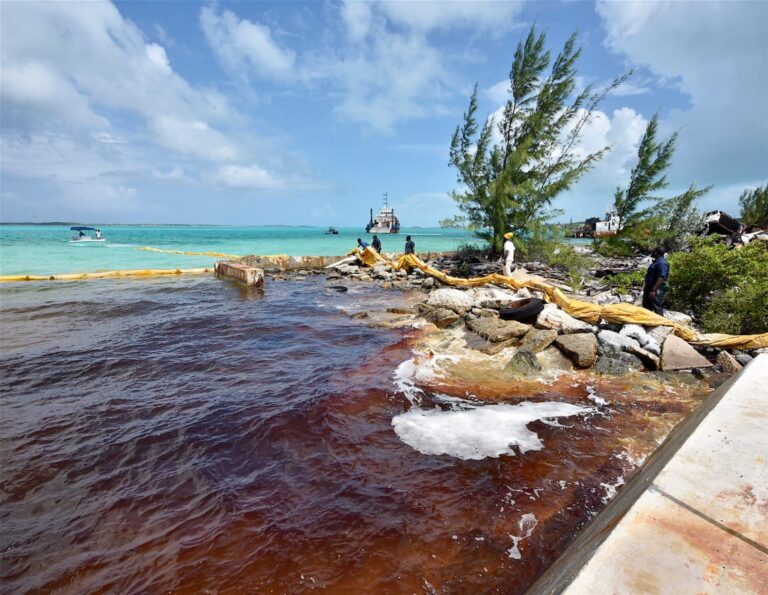 NASSAU, BAHAMAS — Attorney General Ryan Pinder  KC yesterday defended the Davis administration’s track record on environmental protection as he dismissed assertions by the Opposition that the government was refusing to enforce this nation’s environmental laws.

Pinder in a statement responding to claims by Opposition leader Michael Pintard noted that the Office of the Attorney General has been working with multiple government agencies regarding recent oil spill incidents.

Pintard in a statement demanded that  the government enforce the environmental laws, noting that the Environmental Planning & Protection Act 2019 and The Ministry of Environment Act 2019, empowers the Attorney General and the Minister of Environment to act when environmental incidents occur. Pintard referred to the incident involving the MT Arabian, a Sun Oil/FOCOL contractor in Exuma when some 30,000 gallons of diesel was released  into the sea.

In the second and most recent incident in South Abaco involving the MV Onego, Pintard noted that is heavy fuel oil and ferix have been being released, both of which are potentially deadly to marine life and shoreline birds.

In response, Pinder said: “To address the first incident raised the spill of diesel fuel in Exuma by MV Arabian. It should be noted that the Office of the Attorney-General has been working with multiple agencies of Government, inclusive of the Department of Environmental Protection and Planning, the Port Department, The Department of Environmental Health Services, Bahamas Power and Light, the Royal Bahamas Police Force and the local government and agencies in Exuma regarding this incident.

“We have now received final incident reports from all impacted agencies and are concluding witness interviews in preparation for filing appropriate action against the owners and operators of the MV Arabian by the end of the month pursuant to the environmental laws of The Commonwealth of The Bahamas.”

Pinder added: “With respect to the recent sinking of the MV Onego Traveller off the coast of Abaco, the Office of the Attorney-General is in constant communication with the Department of Environmental Planning and Protection regarding the clean-up efforts and any subsequent environmental damage. The clean-up remains underway, having been hampered by bad weather. The Office of The Attorney -General can advise that the Alpha Shipping Company, owner of the MV ONEGO Traveller, has engaged Resolve Marine Company for the removal of the wreck, and the wreck is expected to be removed expeditiously.

“To date, the Government of The Bahamas has not expended any public funds for the clean-up and remediation exercise related to these matters.” he continued.

“The Leader of the Opposition should know better than to attribute any reference of inaction to the Office of the Attorney General and its attorneys, who day in and day out work to provide the most comprehensive legal advice to the Government. Regarding the scale of damages, the Leader of the Opposition should be mindful not to make reckless forecasts as to what a Judge of the courts of The Bahamas might award. It is not only inappropriate but would appear to undermine the judicial function of The Bahamas. In this vein, I caution him against any further comments that could prejudice a court action,” Pinder said.

Pinder concluded that the current PLP administration “has done more to advance the environmental protection and climate consciousness of The Bahamas than any other Government.”

Always a headline ahead, around the world, Bahamas news, Eyewitness News, www.ewnews.com