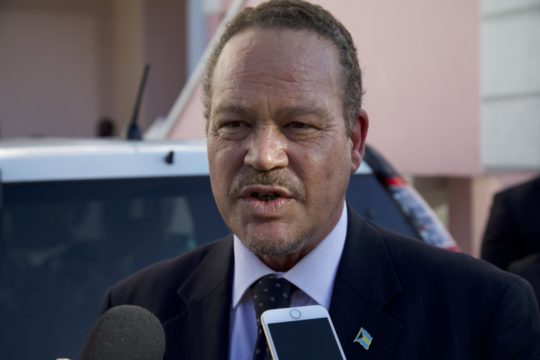 The recent introduction of the Register of Beneficial Ownership Bill, 2018 in the House of Assembly, provided the Government of The Bahamas with an opportunity to take a proactive stance against certain global initiatives the country is currently facing with regards to the financial services industry.

And also signaled “the urgency for the Administration to have a meaningful consultation on this issue” with members of the local industry.

Tabled in the House of Assembly on Wednesday, April 25 (2018) by Deputy Prime Minister and Minister of Finance Peter Turnquest, the Bill seeks to provide for the Competent Authority to establish and maintain an electronic database of beneficial ownership details for all corporate and legal entities registered in The Bahamas.

It further seeks to permit search of the database of every corporate and legal entity registered or resident in The Bahamas by a designated person upon the request of a specified authority designated in the Bill.

“It is not set in stone,” Attorney-General and Minister of Legal Affairs, Senator Carl W. Bethel, QC, told industry insiders and regulators.

“But at the end of the day, the message that I have to say is that we cannot only look at one of the several initiatives and feel that if we satisfy them, it’s going to satisfy all. These are interrelated and coordinated initiatives being orchestrated through various organs in the European Union particularly, and they must all be addressed simultaneously and comprehensively and not believing we can bunker into one and satisfy that and that that is going to satisfy the rest.”

Addressing a recent Industry Development Series on International Initiatives Impacting Financial Services hosted by The Bahamas Financial Services Board (BFSB) in collaboration with Graham Thompson during which he provided a legislative overview of the Bill, Bethel said the issue of Beneficial Ownership, while not directly tied to the BEPS Initiative (Base Erosion Profit Sharing) is directly tied to the Financial Action Task Force’s (FATF) position.

Base Erosion and Profit Shifting (BEPS) refers to tax avoidance strategies that exploit gaps and mismatches in tax rules to artificially shift profits to low or no-tax locations. Under the inclusive framework, over 100 countries and jurisdictions are collaborating to implement the BEPS measures and tackle BEPS.

Bethel noted there is a “resonance between the two.”

“It’s one picture, one initiative, but in different forms (and) so even though BEPS isn’t obviously concerned with beneficial ownership, if you read the criteria notes, it starts off by saying that this is aimed and targeted at opaque offshore structures.

“So, what causes (those structures) to be opaque? Lack of accessible beneficial ownership information; lack of information as to how this company in The Bahamas relates to that company in the Cayman Islands, relates to that company in Switzerland because the structural relationship between these entities all around the globe, is opaque and it is through the initiatives of beneficial ownership that they seek to clarify that opaqueness for their purposes.

Bethel said the initiatives began as early as 2014 when the G20 endorsed the international importance of financial transparency, particularly transparency of beneficial ownership, legal persons and legal arrangements to prevent the misuse of corporate entities.

Subsequently, finance ministers and central bank governors requested that the G20 Anti-Corruption Working Group provide concrete actions the G20 would take in order to lead by example with respect of beneficial ownership transparency and the implementation of the relevant Financial Action Task Force (FATF) standards.

“And so once again, it’s a host of different organizations in a sense, fulfilling each other’s prophecies.”

Bethel said The Bahamas, like many of its regional and global counterparts, is engaged in a titanic struggle to reposition a major part of their economies and to grapple with the ever changing and the ever-increasing demands of the world.

“This is a struggle that affects not only The Bahamas, but every country in this region and indeed every financial centre in the world,” he said.

“I had reason at an earlier briefing to point to the travails similar to ours affecting a major centre known as Luxembourg and it’s not just us, and [so] I suppose we can take some small comfort in that.”

This article was written by Matt Maura, Bahamas Information Services.