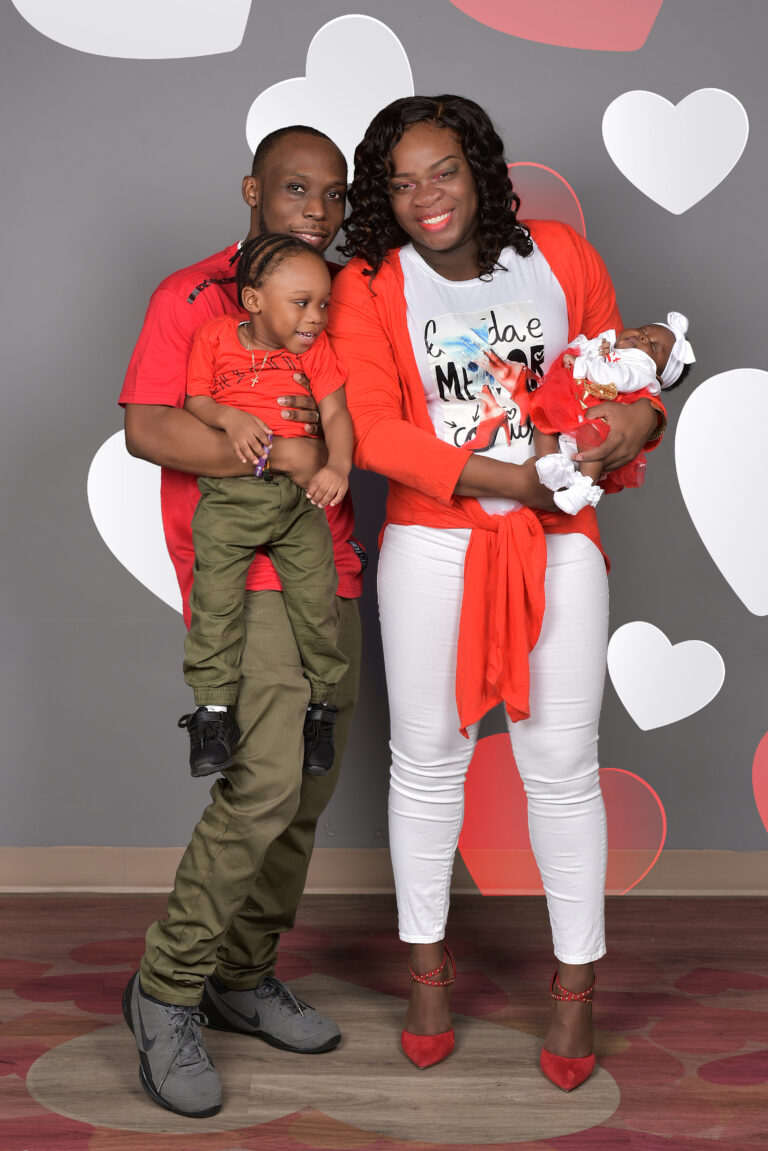 Although their path to parenthood was filled with challenges, today Cherise and Yorick Butler Sr are thankful for their two children, Yorick Jr and Cheyanne.

Each pregnancy conceived naturally, two years apart, was a roller coaster ride of hope and heartache. As her body time and time again rejected the baby she dreamt of having, Butler slipped further into depression. At her lowest point, she attempted suicide before learning to cope and ultimately welcoming two-year-old Yorick Jr and five-month-old Cheyanne into the world.

During this month honoring motherhood, she shared her journey to give courage to those who have endured the loss of a baby.

“My first two pregnancies ended in miscarriages. I was unsure of what the problem was until my third pregnancy. I found out that I had a cervix problem,” the 33-year-old recalled.

“I had a procedure done to get my womb stitched and I was on bed rest for about 12 weeks. The very day I went back to work…my stiches popped and pulled apart. I was 24 weeks (pregnant) at that time.

“I was rushed to the hospital where the doctor, he restitched me. Afterwards, I stayed in the Rand Memorial for about two days.”

The transvaginal cervical stitch, known as a cerclage, continued to pull apart. Fearing she might lose the baby, local doctors rushed the patient to Florida’s Jacksonville Memorial. She was hospitalized for about four days before the baby arrived.

“It literally felt like my womb was pulling apart and the baby was pushing down on it. Whilst my womb was contracting, they had to cut the stitches, so I was in severe pain,” Butler said.

Weighing in at a pound, little Lavado was rushed to the neonatal intensive care unit (NICU) for urgent medical care. He died two weeks later.

“I was happy I got to spend the time with him [but] after that experience I was depressed. I was devastated. I couldn’t sleep,” the patient recalled.

Two weeks after cremating her son, she remained in a state of depression.

“I was tired. I took all the sleeping pills I had and took some type of alcohol and attempted suicide. I was ready to give up,” Butler said.

“My husband’s grandmother found me. I ended up in the hospital and had my stomach pumped.”

Following Lavado’s birth, Butler’s doctors discovered a large cyst on her ovary that had to be removed.

Two years later, she was able to conceive again. This time, the fetus was lodged in a fallopian tube. Since tissues outside the uterus cannot provide the necessary blood supply and support, ultimately the fetus did not survive, and a portion of the tube had to be removed.

Recognizing she had to lift herself out of a downward spiral, Butler began to chart her course to mental wellness. She went through counseling, got closer to God and strengthened her resolved not to give up on life or her hopes of becoming a mother. Exploring all her options, Butler contemplated having her children through in vitro fertilization (IVF) using a friend as a surrogate.

“I remember her sister telling me: ‘Cherise, God said you are going to carry your kids.’ From then, I believed and I found a way. I found Dr Bodie-Williams,” Butler said.

In 2016, obstetrician and gynecologist Dr Shamanique Bodie-Williams introduced transvaginal cervicoisthmic cerclage (TVCIC) into her practice due to the experience of another patient who sought her out for a second opinion on whether to proceed with the high vaginal stitch or suture, which aims to keep the cervix closed during pregnancy and give the baby more time to develop in the womb.

“That first patient had experienced a loss. She had done all her research and found out about the TVCIC. She wanted to go abroad to have the procedure done,” recalled the woman’s reproductive health specialist who works as a consultant physician in Grand Bahama’s public health system and sees private patients at the Medical Pavilion in Freeport and at the Bahamas Women’s Wellness Centre in Nassau.

“I started to do TVCIC because of that patient. I was very excited for her, but I subsequently realized that locally we have patients in the public system and private system who may not have the ability or the desire to travel abroad. I wanted to be able to offer them the same service locally,” said Bodie-Williams.

Her research revealed that not every OB/GYN practitioner offers TVCIC.

“When I first started performing TVCIC, I realized why. They are more technically challenging and they take more time to complete. But when they are successful, which is most of the time, it makes a world of a difference,” she said.

Butler was a good candidate for the procedure, said Dr Bodie-Williams, whose patient authorized her to speak publicly on the matter.

“Because Mrs Butler had failed a traditional cerclage and had some previous surgeries, we made the decision to proceed with the TVCIC,” the doctor said.

“Every time a patient has surgeries, there’s an increase of risk. TVCIC tends to be done at an earlier gestation because there is an increased risk of bleeding. For each patient, there is different criteria you would use to determine if they’re a candidate for this particular procedure.”

Cervix incompetent or cervix insufficiency is a condition where the neck of the womb opens or gives way usually in the second trimester, causing the loss of the pregnancy. It can occur without any symptoms.

Bodie-Williams explained: “We normally make the diagnosis after the first time that it has happened to someone. We know that one out of four women who loses a pregnancy in the second trimester is due to cervical insufficiency.

“In subsequent pregnancies, we might use a cerclage, a suture in the neck of the womb, to try and reinforce that womb to prevent it from giving way prematurely. Think of it like a cinch drawstring of a garbage bag that adds some support.

“However, there are other issues which could lead to a loss of pregnancy and a cerclage would not help in those circumstances.”

To stitch a cervix, physicians can either go through the vagina during day surgery with spinal anaesthetic, where the patient is awake but can’t feel a thing; or through the abdomen, which carries risk similar to a C-section. The cerclage goes in the neck of the womb but can go in at different heights, providing varying levels of reinforcement.

Bodie-Williams said: “I have found that for some patients, TVCIC is a way you can have a minimally invasive procedure that may give you a chance at succeeding at a pregnancy even if you fail a traditional cerclage. It saves you the down time, the risk and the complication associated with an abdominal cerclage.”

The TVCIC during her fifth pregnancy proved successful for Butler. She carried almost to term before preeclampsia, characterized by high blood pressure, triggered an early delivery.

“When he came at 34 weeks, he was three pounds and 13 ounces — a little small, but we didn’t have any problems,” said the new mother.

“He was breathing on his own. He was in the hospital for about 13 days and then we took him home.

“Everything I went through was devastating but I’m happy at the end of the day that I have my baby and he is completely healthy.”

Less than two years later, she became pregnant for the sixth time. On November 19, 2020, Butler gave birth to her daughter, who weighed in at five pounds. With the placement of the TVCIC, she was able to carry the baby to 36 weeks.

Butler said: “I always wanted to be a mother and have that connection. I didn’t grow up with my mother. She was an alcoholic who died when I was 19. For years, I couldn’t wait to have kids so I could have that motherly connection.”

Bodie-Williams credits the success of such surgeries to a team effort, which includes the hospital’s theater staff and anesthesiologist Dr Vincent Burton. She thanked Grand Bahama Health Services for providing her sufficient time to successfully accomplish those procedures.

“Having had a history of multiple losses, I think that this is a blessing for Cherise,” said Bodie-Williams. “As a mother myself, I understand the joy that a child brings to your life and the sense of fulfillment. As an obstetrician, I have also seen the pain that loss can bring.

“TVCIC is not a cure-all, but it gives you a good chance of having that hope and having that success. I think there is nothing in the world that can bring as much joy as the birth of a wanted pregnancy.”