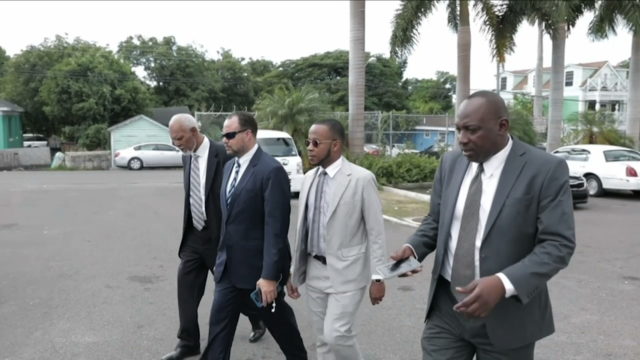 “Unacceptable working conditions” is how Chief Magistrate Joyann Ferguson Pratt described her courtroom at the Nassau Street Court complex as the heat forced another delay in the Frank Smith extortion and bribery trial Tuesday, which was scheduled to resume after a nearly two-month delay.

A failed air-conditioning unit caused the proceedings to come to a halt before the trial began, after the Crown’s lead attorney Edward Jenkins, QC,  told the court a matter of this importance should not be conducted in a hot courtroom, and expressed concerns that lawyers may not be able to concentrate.

Chief Justice Ferguson-Pratt agreed with Jenkins and said she was hard pressed to make anyone work in the extreme heat and another venue, the Swift Justice building, could be used instead.

However, Smith’s  attorney Keith Knight said he is used to working in the heat as many of the courtrooms in Jamaica, where his practice is based, does not have any air-conditioning .

He suggested that instead of changing venues, portable air conditioning units and fans be brought into the court. However, the Chief justice said the machines would make too much noise and the gallery would not be able to hear the proceedings. Yet, she expressed concern that the alternative courtroom would not be large enough to accommodate the members of the press and the public.

The court then adjourned for a little over an hour for counsel and the Chief Magistrate to inspect the space.

It was then determined that the matter would be heard in the new courtroom every day this week, even on Saturday as Ferguson said she was unhappy with the delays and the fact that court lost yet another day.

Smith is accused of extorting $60,000 from Barbara Hanna, the owner of Magic Touch Cleaning Company, after he allegedly assisted her in obtaining a contract to clean the Critical Care Unit (CCU) of Princess Margaret Hospital (PMH), while he served as chairman of the Public Hospitals Authority (PHA).

The matter was adjourned until 10a.m. today.