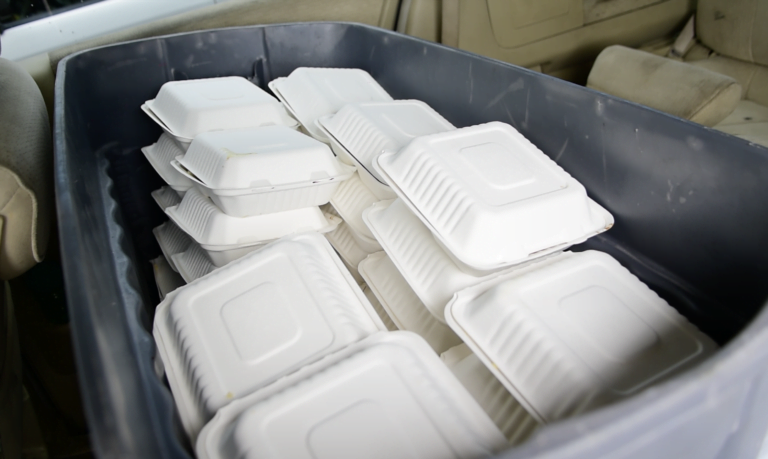 Plates of food prepared to be distributed.

NASSAU, BAHAMAS — Minister of Social Services Obie Wilchcombe said yesterday that 11,300 people previously on the recently shuttered National Food Distribution Program have been absorbed by the ministry’s social assistance programme, which is costing the government just over $1.3 million monthly.

The National Food Distribution Task Force was established in 2020 in response to concerns of access to food across The Bahamas in the early phases of the COVID-19 pandemic.

It officially came to an end in October after a $54 million investment.

“We are now responsible for 11,300 per month, and we are spending about $1.3 million per month ensuring that those who are in need are being taken care of,” Wilchcombe told reporters outside Parliament.

“So, our intention, as always, is to ensure that every single Bahamian or individual who, at the present time is in search of needs, that we are going to meet the needs.”

At the peak of the pandemic in 2020, about 57,000 households had registered for assistance.

However, Wilchcombe said circumstances at that time were different.

“I think now the number has dwindled, but I’m sure there must be more out there because of the many who speak with me on the daily basis.

I think now the number has dwindled, but I’m sure there must be more out there because of the many who speak with me on the daily basis.

In a Letter to the Editor in a local daily last October, the task force’s former chairwoman, Susan Larson, defended the program after Wilchcombe questioned the nearly $800,000 weekly bill and insisted that NGOs do not deserve to be “politically-motivated sideswiped”.

The government has since moved to reintroduce social services cards that would allow Bahamians to access services.

“The cards are being distributed. We had a delay because of the source that provides the cards, but, for the most part, we are being able to keep up and when we can’t have the cards, we provide the voucher,” Wilchcombe said yesterday.

The social services minister added, however, that the greatest problem remains access to shelter.

“We are discovering more and more people are requiring shelter, so we are trying to secure additional shelter in the east of New Providence and also in Grand Bahama,” he said.