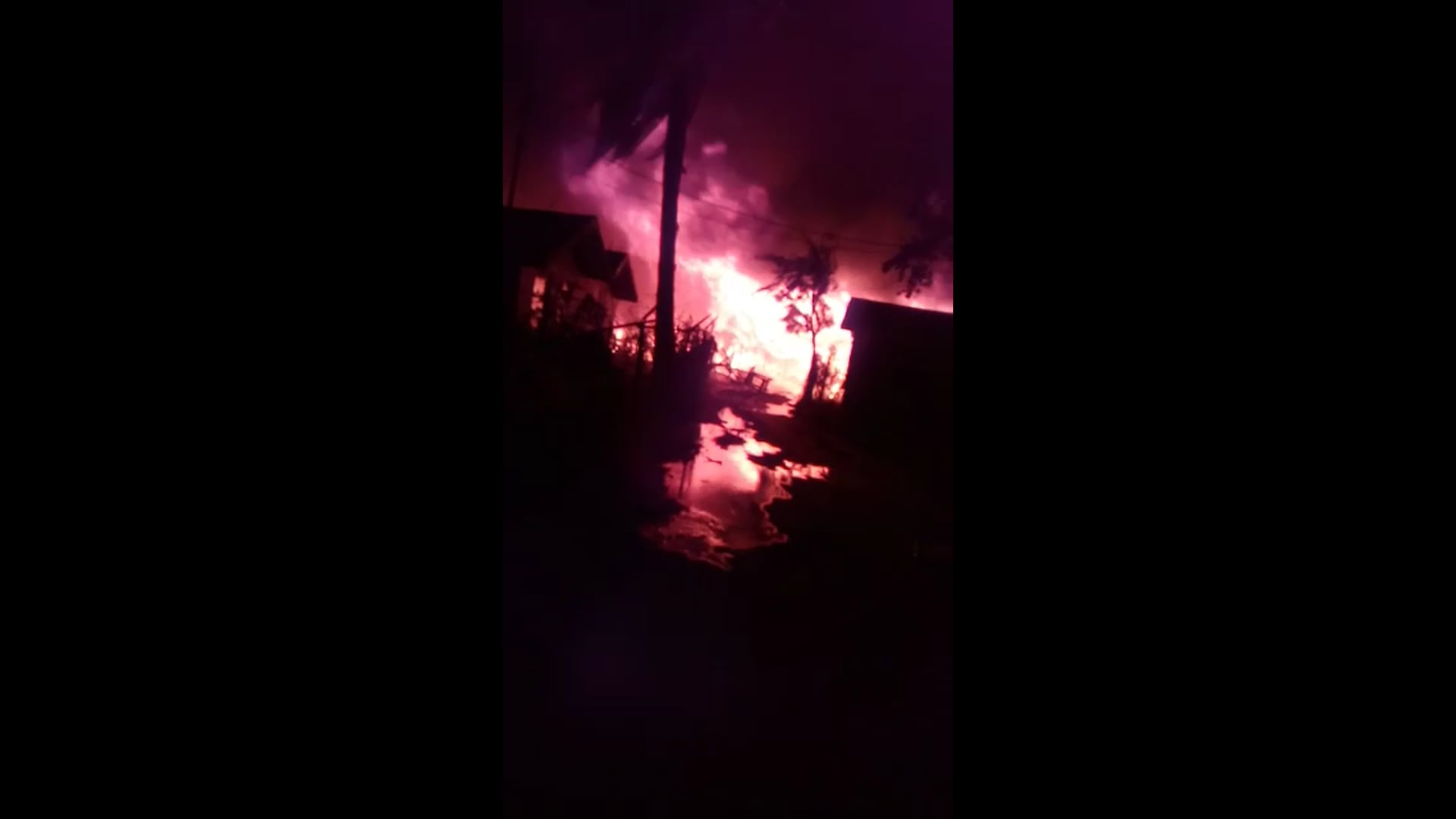 Just five weeks after a fire that destroyed more than 50 homes, The Mudd settlement in Central Abaco was once again devastated by a fire resulting in some 83 displaced residents and an estimated 30-40 incinerated structures.

“It’s very unfortunate and a bit of a shock that we’ve had ones so close together,” said James Albury, the member of Parliament for Central and South Abaco.

“The most important thing obviously like I said is no injury or loss of life. I think we’re all very thankful for that. People are being calm and coordinated and everyone, all the agencies, are doing their jobs as far as making sure that we get everyone’s accurate information and we assist persons as best as we can. The volunteer fire services and the police and the defence force have all done their job quite admirably.”

According to police reports, the fire broke out shortly after 1:00 a.m. Sunday morning. Police, fire fighter and other emergency volunteers arrived on the scene and residents were evacuated. Fire fighters and other volunteers battled heavy winds associated with a cold front, which contributed to the fast spreading blaze. Dozens of families were displaced before the fire was finally contained just before 6:00 a.m. yesterday.

No lives were lost.

“It’s impossible to determine accurately just how many homes were destroyed at this time just because it’s not possible to walk completely throughout that site for all the smoke and remaining debris,” explained Albury, “but the estimate somewhere in the range of 30-40 structures.”

Persons affected by the fire are currently sheltered at the Seventh Day Adventist church located near The Mudd, where Red Cross volunteers have set up as administrators to coordinate the facility thanks to the Department of Social Services.

For Albury, while he is grateful that there was no loss of life in the last two fires, there is an ongoing safety concern for the entire community.

“It’s just not safe,” he said. “The homes are too close together, the electrical is not up to any sort of standard. It’s just a powder keg for this sort of problem and we’ve been very, very fortunate because neither of these two recent fires have led to any loss of life or major injury but that’s never a guarantee.

“It’s something that’s very, very concerning not only to me as the representative of the area but for the entire community, for both the people who live within the community and without it. Because it has the potential to have a devastating effect if a fire spreads which it easily can.”

Some 55 homes and 150 persons were displaced by the January 28 inferno. The exact cause of yesterday’s blaze is unknown.

Investigations into the fire are ongoing.