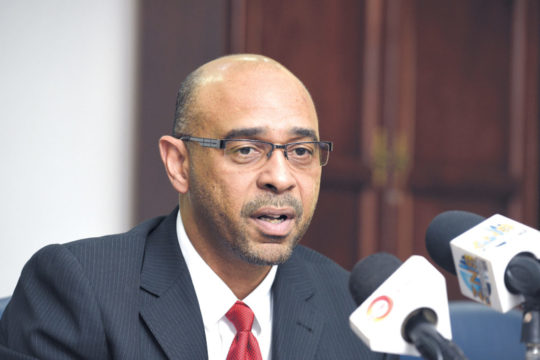 Senior executives of the state-run power company are still in mitigation mode over the Wilson City power plant in Abaco, as the facility is said to still be “on the brink” of another massive outage.

For weeks, the island – which has the nation’s third largest economy – has been negatively impacted due to wide spread rolling outages

Residents have endured weeks on end of rolling blackouts as Bahamas Power and Light (PLP) executives said replacement parts were being sought.

In an interview with Eyewitness News, BPL General Manager Whitney Heastie said, that measures are being put in place on a continuous basis to rectify the problem which he described as “major”.

“We had to replace two pumps in our cooling system and now we are working on getting two additional pumps that will put us where we need to be,” Heastie said.

The company chief added that while the situation has stabilized for now, the company hopes to have the existing issues addressed ahead of the Summer.

“We hope to get a retro fit or a different design to above ground to deal with the situation in Abaco,” he said.

“We anticipate that to be done before the summer because we know that residents still experience outages and our main focus is New Providence, Exuma, Abaco and Eleuthera right now, before the summer hits the demand increases.”

Heastie said that while the Wilson City plant has the capacity to power the island, the “moving parts” remain the key issue.

“We have three times the capacity needed on the island,” he said.

“We have about 65 megawatts in total. It peaked last month generation, but that’s not the issue. It’s the effectiveness of that generation and reliability of the generation. We realize that we had some flaws and weakness in there that we wanted to shore up and we working to do that.”