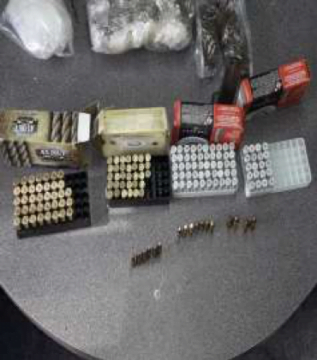 ABACO, BAHAMAS – Police on the island of Abaco recovered a significant amount of ammunition and drugs on Friday, May 17, 2019.

According to police reports, shortly after 3:00p.m. last Friday, a team of officers in Abaco, acting on intelligence, went to an area in Murphy Town and discovered in bushes:

Police reported that altogether, they confiscated a total of 158 live rounds of ammunition.

The total weight of the suspected marijuana is 2.6lbs. with a street value of $2,600.

No arrest was made in this matter.