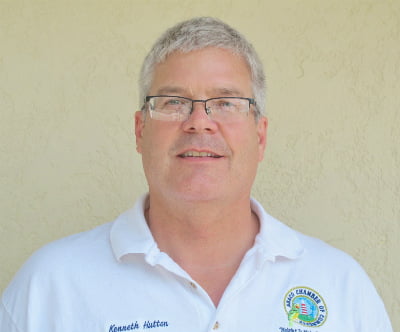 NASSAU, BAHAMAS – A well-known US-based environmental remediation firm got into a stand-off with Customs officials in Abaco over the weekend, according to Abaco Chamber of Commerce president Ken Hutton.

Ken Hutton told Eyewitness News Online the “contentious confrontation” in Treasure Cay has left Ceres Environmental ‘disillusioned’ with plans to pull-out of Abaco within a week.

He said the government appeared to be “hell bent on keeping their boot on the throat of Abaco”.

“The incident disturbed me deeply,” he said.

“A massive waste and debris cleaning environmental company had a stand-off with Customs in Treasure Cay. Customs went there and stopped them from working.

“Ceres has done a tremendous amount of work up in Treasure Cay. They are not involved in any contracts with the government.”

Hutton continued: “They have been working private contracts, they have been training Bahamians and were stopped from working. We were hopeful that they would be able to  play a larger part in the removal of debris on Abaco but as of December 2nd they are going to pull out. It’s very disappointing.”

“I’m not in favour of one company over the other but it’s just the level of frustration and bureaucracy that is just stopping anything from happening here.”

Elaborating further on the situation Mr Hutton said: “When Ceres first got here with their equipment to Abaco after the storm they filled the the necessary forms and submitted them to Customs.

“They submitted the Form B and their equipment was released. When that happens one assumes the entry had been approved but apparently it had not. I guess it had not been approved by the Ministry of Finance for whatever reason but no one bothered to inform the company.

“A Customs team showed up in Treasure Cay and told them to stop work and leave  the equipment in a very contentious confrontation. It had to go all the way up to the office of the deputy prime minister and the prime minister to get sorted but as a result a company that has been doing tremendous work here is very disillusioned with The Bahamas and have now scheduled to pull-out on December 2nd.”

Reports of the incident were also posted on social media with several persons also expressing dismay.

Just give the minister of bribery acceptance a couple hundred grand ! Everting be alright mon..?

The miscommunication between customs officials and the office of the Prime Minister is and has been sending relief work away for weeks. It’s a shame and needs to be sorted out so Abaconians can get the much needed help they deserve. This is not the time for bureaucrazy and red tape.

Really you should know being racist yourself takes one to recognize like.

All the owners of property should hold back any taxes until this corrupt government shows they are really interested in getting their islands back to beautiful. Who’s watching the piggy bank n accounting for monies donated to help? How could the government treat n disrespect a company there to environmentally start to contain n clean up the terrible mess. Without the tourism n property owners, Abacco n especially Treasure Cay n Marsh Harbour will never make it. Wake up to reality u officials.