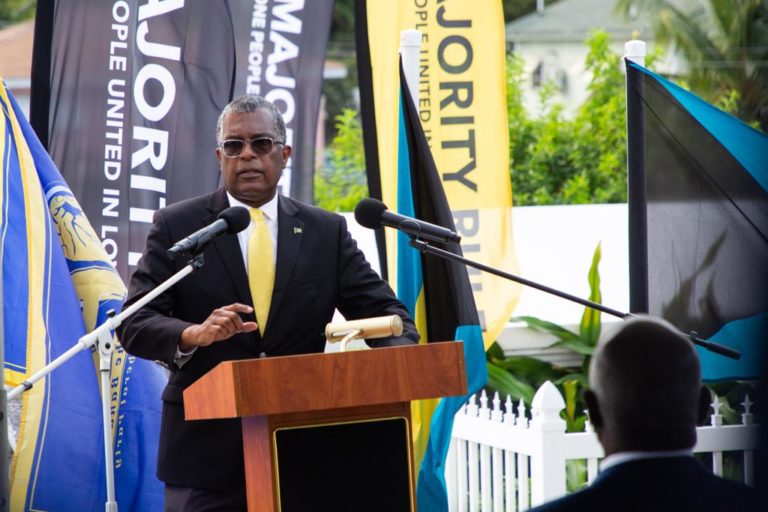 Mitchell: The practice is that those with political-level appointments resign when new govt comes in

NASSAU, BAHAMAS  — Amidst reports of firings across government sectors as the new Davis-led administration takes office, Minister of Foreign Affairs and Public Service Fred Mitchell sought to explain that it is a usual “practice” after governments change that political appointments come to an end.

Mitchell said the Progressive Liberal Party (PLP) does not have a “pattern” of laying people off in the public service.

There have been circulating reports that several people in the Office of the Prime Minister (OPM) received their “walking papers” from the department.

In a voice note that went viral on Thursday, Earl Thompson, a political appointee, alleged that he and several other people from OPM were sent home as new employees were being brought in.

He claimed that the new government will only give those employees one month’s salary and will not honor their full contracts.

However, when asked about the matter following the swearing-in of seven parliamentary secretaries on Thursday, Mitchell noted: “There are political-level appointments and then there are public service appointments.

“Public service appointments are protected appointments. Political-level appointments, which are usually contractual, can be determined by the new administration when they come in.

“The practice is that those persons at that political level should offer their resignations to the government and then the government will indicate whether they accept or not.

“It most usually happens in the Office of the Prime Minister and certainly in the Ministry of Foreign Affairs.”

Mitchell noted that those Minnis-appointed ambassadors would have also offered resignations “as a matter of routine” and “in due course, the prime minister will decide whether to accept those resignations or allow them to continue”.

He could not indicate when those ambassadorships will be named but noted that it could be as soon as next week.

As for whether the administration intends to make layoffs in the public sector, Mitchell said: “I don’t think the pattern has ever been with the PLP that there [have] been layoffs and I do not expect that to be the pattern this time, so I don’t think that arises.”

The newly-appointed public service minister said he has already spoken with the president of the public service union and has enjoyed a cordial relationship since he held the portfolio between 2002 and 2007.

He said he expects labor relations to remain the same moving forward.

The unions had several concerns involving working conditions, overtime pay and industrial agreements that they were trying to resolve up to the September 16 general election.

Mitchell said he and Minister of State for Public Service Pia Glover-Rolle have agreed to resume monthly meetings with the head of the public sector unions to try and keep a dialogue going.

He said he expects to meet with the prison officers union next week.

“Obviously there will be issues, but we expect the relationship will be a good one with all of them,” he added.

The new government says they are a government fir all the people, both plp’s and fnm’s, so why is this even an issue. Everyone has to live. Further how can you say who supported the government or not. Even though one may openly display that they are with a particular govt, when they go to the polls only them and God knows where they mark their X. I think this a very wrong move and we as a people needs to move away from this. Until we rise above this petty politics, the Bahamas will not move any further. In the site of God these tactics are all wrong, but yet we say we ate a Christian nation when everyone is backbiting, singing for their supper, hating on one another. Let us be the government of the day that shows love and empathy for one another by doing what is right and not what is wrong. God is watching us. Only what is done for christ will last.