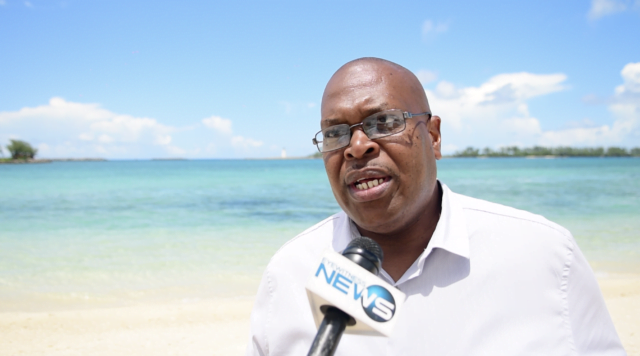 NASSAU, BAHAMAS — Had he not drowned while swimming in waters at Long Wharf on Monday, Ethan Miller, 16, would have travelled extensively with his family after he graduated next year, however, relatives will now have to plan funeral arrangements for the teenager, who has been described as an “excellent swimmer”.

Ethan’s uncle, Kevin Harris, the director general for Bahamas Information Services, said it was well known amongst friends and family that his nephew was a more than capable swimmer, who also swam in school for sport.

Authorities reported that a group of young men were swimming in waters at Long Wharf Beach, West Bay Street, around 3 p.m. when one of them appeared to be in distress.

He was retrieved from waters unconscious and transported to hospital, but died a short while later, police said.

It was one of two drownings Monday.

The teenager’s extensive background in the water has made the loss even more difficult to process, according to Harris, who said he last saw Ethan two weeks ago at his mother’s funeral.

“When I saw him last, which was about two weeks ago at my Mom’s homegoing, I was just really excited to see him because he had grown so tall, you know,” said Harris.

“And really, again, it’s a tough place to be because it happened so suddenly and so quickly.”

There has been an outpouring of condolences, prayers and support for the family on social media.

Harris said the death represents a “deep blow” to the family.

“It is really tremendously difficult for his Mom and others to really come to terms with drowning considering that he was really an excellent swimmer,” he said.

“[Here is] a young man [who was] in the prime of his life and his Mom indicating that they had so many big plans.

“They were going on a big trip post his graduation next year.

“He loves soccer. She is a soccer coach.

“[He loved] swimming, playing videos games like any other teenager, and basketball — so very young in his prime.”

There have been a number of drownings this month, prompting authorities to issue an advisory.

Authorities said officers were called to Lovers Beach in Hepburn Town shortly after 4 p.m. Monday following reports that two men were riding a jet ski and had lost control.

One of the men managed to swim to shore, but the other drowned, police said.

Another two men drowned over the weekend.

Dustin Ranger, 18, drowned in Eleuthera the day before.

On Monday, authorities have encouraged beachgoers to be more vigilant and urged them to “properly supervise” young children and adults, especially those who are not strong swimmers or cannot swim.