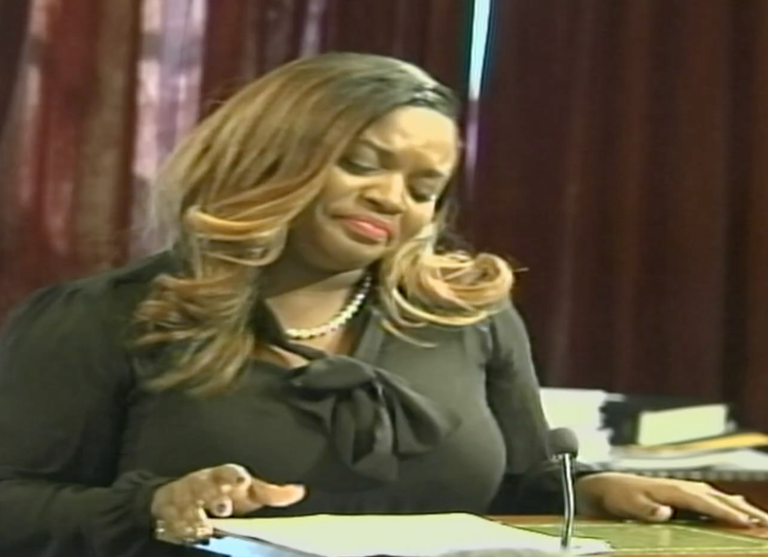 Henfield predicts Cabinet post in next term; says he will be “minister of local government and people empowerment”

In a tongue-in-cheek tone at the beginning of her contribution to the mid-year budget debate, Coleby-Davis pointed to the failure of the FNM to give Senator Jamaal Moss a seat.

She commended the work Moss does in the Senate on behalf of the Minnis administration and insisted that she was “completely shocked and disheartened” by the fact that the young senator was overlooked.

“I am very disheartened because we thought we were going to go toe-to-toe and foot-to-foot,” Coleby-Davis jeered.

“And his story is one that should be on the national stage. He’s come from far and he grew himself within the FNM administration, torchbearer, holding down the fort when nobody else wanted to.

“And look at what happened — nothing. That’s the problem; nothing happened.”

She added that while the FNM has not filled its full slate, she offers her support on Moss’ behalf.

The FNM has yet to ratify candidates in Carmichael, Englerston, Fort Charlotte, Killarney, Seabreeze, Central & South Eleuthera and North Eleuthera.

She noted that while FNM members in the Lower House highlighted and praised the work of Mangrove Cay and South and Central Andros MP Picewell Forbes after he decided to “walk away” from politics, the same support has not been given for Moss.

She also noted that Senator Dr Jasmin Turner-Dareus should have also gotten the FNM nomination in the South and Central Andros constituency.

When asked by Senate President Dr Mildred Hall-Watson why she did not speak on behalf of Senator Ranard Henfield, who has also not received a nomination to date, Coleby-Davis said she was already told by Henfield that he did not need her to speak up for him.

Earlier in his contribution to the debate, Henfield sought to clarify his future in politics.

“As there are any number speculations out there, let me confirm one thing: I will be back next term as the minister of local government and people empowerment and I look forward to continuing these provocative national debates with Senator Mitchell and Senator Darville in opposition,” he said.

“As they are in opposition and I am the minister of local government and people development, I want you to know that Grand Bahama and the Family Islands and our people will be in good hands.

“Minister [Dion] Foulkes, help is on the way.”