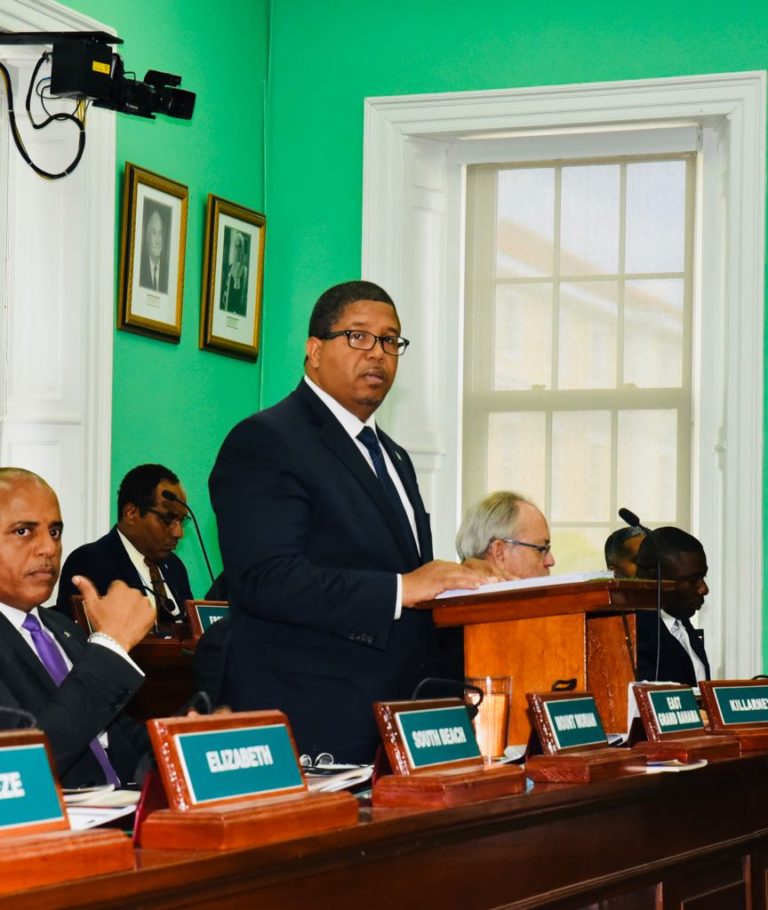 During the tabling of the highly anticipated 2018/2019 Budget Communication in the House of Assembly (HOA), the Free National Movement (FNM) disclosed  its strategies to improve and enhance the Bahamian economy through  gross domestic product (GDP) and fiscal performances.

Deputy Prime Minister (DPM) and Finance Minister Peter Turnquest stated that at the time of the last budget, the rate of real economic growth was estimated to have been 1.4 per cent.

“The historical revisions suggest that the size of our economy in current dollar terms was some $577 million larger in 2016 than had been estimated last year, a development that is reflected in the GDP estimate for 2017 at just over $12 billion,” Turnquest said.

Turnquest indicated that revisions such as these “will affect fiscal ratios for the weight of both the deficit and the debt relative to GDP, that are presented in this communication and in the supporting documentation.”

Attributing the economic peaks and valley’s to the Baha Mar project and the construction industry, the deputy prime minister said, “The relatively modest rebound in real economic growth in 2017 was driven primarily by buoyant activity in the construction sector as a result of completion work on the Baha Mar resort and other foreign investment projects, as well as hurricane-related reconstruction activity.

“Reflecting this, total mortgage disbursements for new construction and repairs shrank by 3.4 per cent in 2017, on the heels of a 6.7 per cent contraction on 2016.”

Although there are improvements to the labour sector, the retail industry, he said, still experienced price hikes.

“Improvements in the labour market were also broad-based across the country.  The unemployment rate in New Providence fell by 2.3 percentage points to 10.6 per cent.  It declined by 1.3 points to 12.1 per cent in Grand Bahamas and by 0.5 points to 8.6 per cent in Abaco over the 12-month period.

“The rate of retail price inflation rose to 1.5 per cent in 2017 after having declined by 0.4 per cent the year before, largely reflecting the impact of increased international oil prices.  The dominant component of the price index, comprising housing, water, gas, electricity and other fuels, posted a cost increase of 3.7 per cent during the year as compared to a 1.1 per cent decline in 2016.”

Furthermore, he said the average cost of food and non-alcoholic beverages continued to decline in 2017, though by a more modest 0.1 per cent on the heels of a 0.9 per cent contraction the prior year.

Additionally, with higher world oil prices, the average price of gasoline and diesel rose by 8.9 per cent and 10.6 per cent, respectively, following declines in the area of 10 per cent in 2016.

Fiscally, the government’s external borrowing activities impacted the capital and financial account of the Balance of Payments last year with the surplus rising by over $1 billion, to just over $1.6 billion.