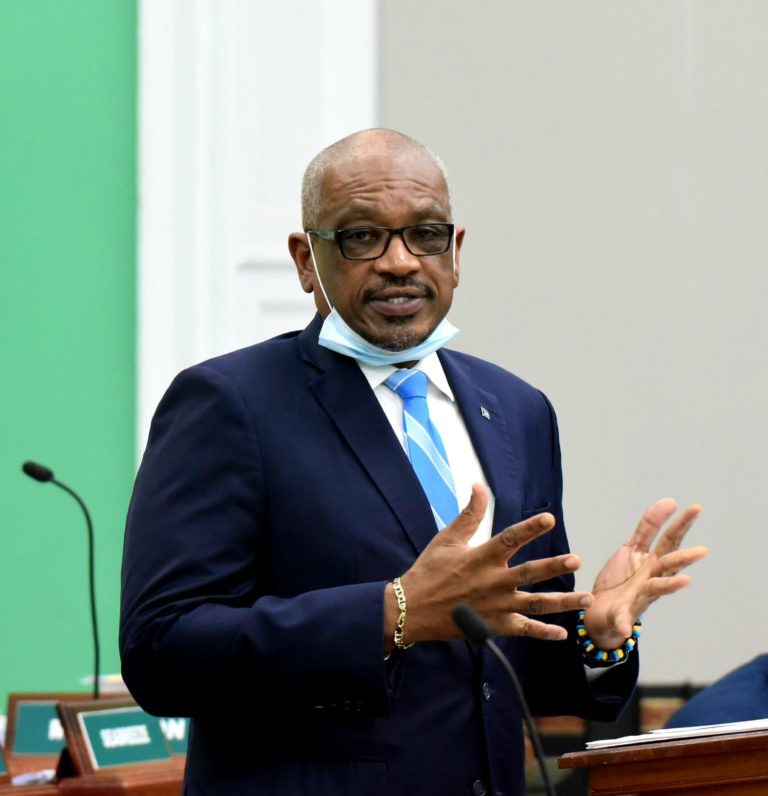 NASSAU, BAHAMAS — Pointing to the success of vaccine trials in the United States, Prime Minister Dr Hubert Minnis said today that once a COVID-19 vaccine is introduced in The Bahamas, he will be one of the first recipients.

Health officials reported 11 new cases of COVID-19 for Tuesday; however, the report, which was released today, acknowledged there was a deficit in the number of laboratories that reported.

Of the reported cases, there were nine on New Providence and two on Grand Bahama.

The prime minister noted that restrictive measures for mainland Exuma and mainland Eleuthera had to be imposed due to exponential increases in new cases of COVID-19 on those islands.

As of Tuesday, there were a total of 99 confirmed COVID-19 cases on Exuma and 143 confirmed cases on Eleuthera.

Minnis said preliminary analysis from contact tracing efforts on Exuma indicates the virus’ spread is occurring throughout the island.

Based on interviews conducted in the community, Minnis said some people are still having social gatherings, and residents believe this is contributing to the rise in cases.

A health team is slated to return to Eleuthera next week for a follow-up assessment.

On Grand Bahama, Minnis said, health officials have pinned the recent increase in cases on the island to a recent outbreak at an industrial company.

The industrial site has been closed, and a meeting is expected to be held this week with the industrial group and their subcontractors to review the analysis of the outbreak at that site, he said.

In a communication to Parliament, Minnis said: “I want to say to Bahamians there are a lot of rumors about vaccines, etc. Be assured that whenever the vaccine is introduced into The Bahamas, I will be one of the first to receive the vaccine.

“There is increased hope that medical innovations are on the way to bring it to an end. In recent weeks, there were two encouraging announcements in the United States regarding vaccine candidates. Both vaccines demonstrated high levels of success in phase-three trials.

“There is hope that medical frontline workers in the US may begin to be vaccinated as soon as next month. While we all should be pleased with this success, we must be very realistic with our timelines. It will take time before newly-approved vaccines in the developed world become available in the developing world.”

According to Minnis, the government is working with the World Health Organization and others to secure vaccines for The Bahamas.

“Until that time, we must keep up with our public health measures of mask-wearing, physical distancing and hand washing and sanitizing. These measures work. They are saving lives. The virus has caused restrictions and disruption all over the world. The virus has slowed economic activity at different times and to different degrees all over the world.

“Despite the difficulty of the times, I am confident that The Bahamas will overcome.”