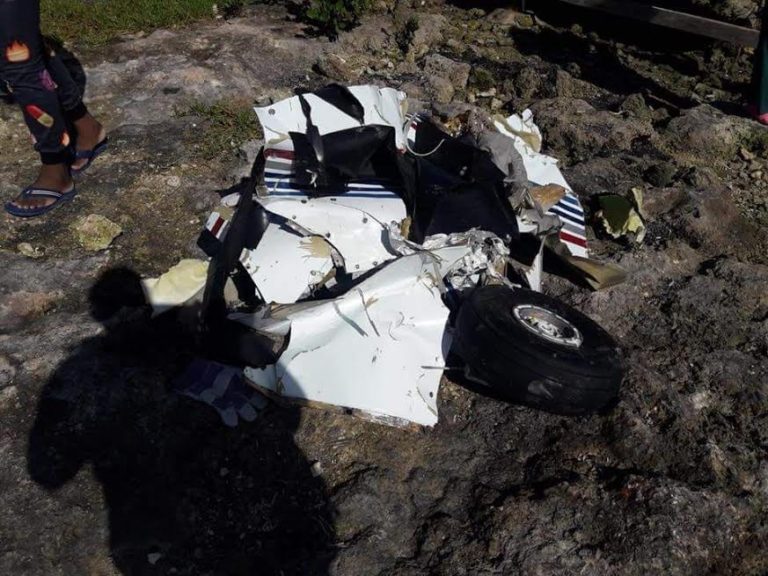 The majority of the parts from the mangled aircraft that went down in Andros in January have been recovered, investigators told Eyewitness News Online yesterday.

Investigators attached to the Air Accident Investigation Department said, with the help of Royal Bahamas Defence Force (RBDF) marines, they were able to salvage 90 per cent of the Aztec Piper.

Last week, fishermen stumbled on what investigators said was a portion of the plane debris field. That discovery later led them to the remaining parts.

The debris has since been sent to Florida, where engineers and manufacturers of the plane are said to be using the wreckage to determine what caused that ill-fated flight.

“We are in possession of all the parts we need to make an official determination on the cause of that crash,” Delvin Major, chief air accident investigator said.

Major and his team, who were in Florida last weekend, returned to the capital after they were able to properly document the parts that were found.

“We were there to see how much we recovered and to ensure we got the major components to help us determine what could have caused the crash. We were able to get the engines and they were able to analyze them. The analysis will include what took place, how it took place and how the aircraft hit the water, among other things”

Major said reports from the manufacturer and engineers should be finalized in about two weeks.

“When I get their reports, I will be able to write my own.”

Six people were killed in the crash off Andros. A search for the group has been called off as none of their bodies have been found.