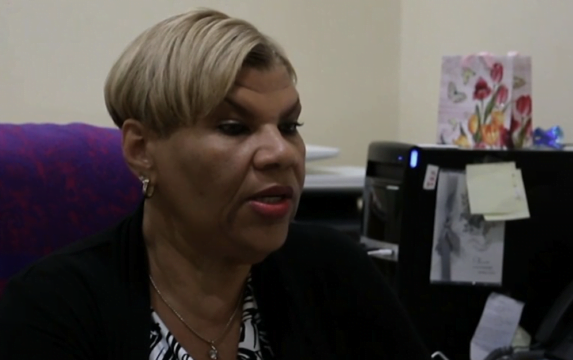 The issue was raised in the October 25 report, as a potential threat or issue under the ministry’s Disease & Environmental Surveillance.

She said: “Many of those persons have since moved out of those places by virtue of the time expiring or because they were able to locate transitional or long term accommodations.

“Some of the persons were also accommodated at the various shelters after their time in the units expired.”

Quant-Forbes said she could not confirm at the time how many people are still staying in private accommodations.

The National Emergency Management Agency has reported that 777 people remain in public shelters.

As of Sunday, there were five shelters operating on two sites.

Two hundred and ninety-four people were being housed in the Kendal G.L. Isaacs Gymnasium, while another 346 were spread across three large tents on the site: 136 in tent ‘A’, 103 in tent ‘B’ and 107 in tent ‘C’.

The Calvary Baptist Church on West Avenue, which had been housing storm victims, was deactivated as a shelter site last Friday, according to Department of Social Services Deputy Director Kim Sawyer, who noted that at the time of deactivation there were 47 people there.

Thirty-eight of those storm survivors transferred to the gymnasium.

Another 137 people were being housed at the Bahamas Academy Gymnasium on Wulff Road, the site of the $40 million STAR Academy Project.