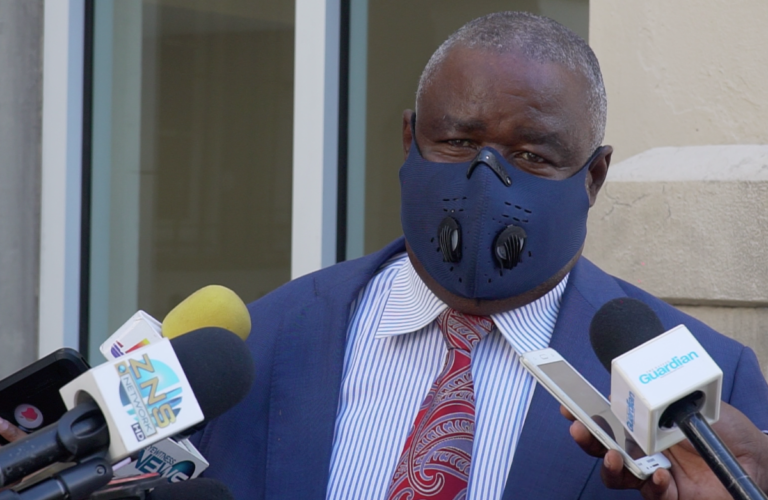 Rolle: It’s not political; we made a commitment to them when we hired them last summer

He announced on a Free National Movement (FNM) rally stage in Abaco on Monday night that 85 people from the island were approved, with letters of employment readied.

Speaking to reporters about the matter prior to the Minnis administration’s last Cabinet meeting for this term, Rolle indicated that just over 1,200 public service workers throughout The Bahamas were also a part of those approvals.

“We made a commitment to young people who joined the national job program that if they performed and did their work, that we would consider them to become permanent,” he said.

“We made that commitment to them when we hired them last summer, and this summer we began the process of engaging them.

“So, I can say that 99.9 percent of those individuals have gotten their letters or will get their letters to indicate that they’ve joined the system. They are placed on 12 months’ probation and I’m sure they will continue on to [be] permanent in the service.”

In June, Rolle said the government had regularized more than 600 government workers who had worked “faithfully for years on temporary, month-to-month contracts”.

At the time, the minister also announced plans to make more than 1,100 people enrolled in the 52-week jobs program permanent during the current budgetary cycle.

He insisted yesterday that the move was not politically motivated, despite the current election season.

“Just to make sure no one puts a political spin on it, no politics was involved except the fact that every member of Parliament had an opportunity to identify persons from their constituencies who were placed in the various jobs,” Rolle said.

The public service minister, who is not seeking reelection, also addressed ongoing concern regarding the recent action of hundreds of Bahamas Public Services Union (BPSU) workers from the airport and hospital who did not show up to work this week.

“Unions do what unions do,” Rolle said.

“They perhaps react based on the times. I was active in the unions, so I know what unions do.”

He noted that he has a good relationship with the BPSU and worked with the union throughout his tenure to ensure working conditions were safe and comfortable.

He said he could not speak to their cries of monies owed.

Rolle added that now that his tenure as minister is over, he suspects public service workers will continue to agitate for better working conditions and salary increases with the next minister.

Bless day eyewitness news.
Listen I have a young lady who is very intelligent and works hard at the administration building in North Andros, on the 52 week job scheme.
I am very disappointed that she was not made permanent.
I believe that she was personally targeted by a political superior.