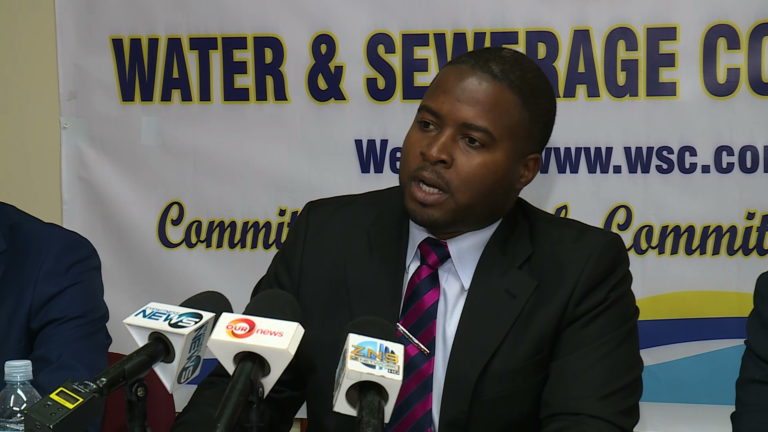 Gibson said those payments were due to what he described as “bad contracts and poor negotiation”.

The WSC is expected to return to the court on Friday for legal proceedings concerning an injunction preventing water plant operator, Aqua Design Bahamas Limited, from shutting off or interfering with the water supply in Eleuthera despite the corporation’s arrears.

Yesterday, the company fired back that the corporation has been delinquent in paying for the service provided, and nonresponsive despite multiple attempts to resolve the matter.

”It is beyond cold and callous. It is simply inhumane and a flagrant and barbaric atrocity against the people of the Bahamas and most especially the people of Central Eleuthera,” said Gibson in Parliament.

According to Gibson, the government made 12 payments to the company this year, noting that $1 million was paid in September and another $700,000 as recently as a week ago.

Last Friday the WSC obtained a Supreme Court injunction against Aqua Design Bahamas Ltd, asserting that it “deliberately and egregiously” shut off the water supply to the people of Central Eleuthera.

The Order includes a penal notice which declares that the said company and its agents may be held to be in contempt of court, and may also be imprisoned or fined or have your assets seized, should the Order be disobeyed or breached.

The Supreme Court’s Order directs that the Defendant company is “forthwith compelled to immediately reinstate production and supply of water to the Central Eleuthera Settlements” and to “cease and desist the demobilization process thereunder”.

Gibson suggested that issues with the company were longstanding and sought to direct blame with previous Progressive Liberal Party (PLP) administrations.

According to Gibson, the company was able to secure 15-20 year contracts, although WSC had to buy the necessary land, pay for electricity, and grant concessions. Gibson described them as “ridiculous and grossly skewed”.

According to Gibson, the company signed its first agreement back in 2002 under the first Christie administration, noting that of the nine plants it operates, eight were contracts under a PLP administration. The company has made some $70 million to-date in The Bahamas, he said.

Gibson also sought to clarify yesterday that the government owes WSC $7.9 million and not $79 million as previously asserted by the PLP.

In a statement, Suez-Water Technologies & Solutions explained that it contracts with Aqua Design Bahamas, Ltd., as Suez’s legal entity in The Bahamas that provides desalinated water in several locations.

The statement read: “WSC has consistently, and for many years, been delinquent in paying for the service provided. With regard to Central Eleuthera, there have been multiple attempts to work diligently with W&SC to avoid having to cease production at the plant and resolve the matter.

“However, they have generally been non-responsive. We have sent multiple communications over the course of several months, but it was only after the plant was shut down that W&SC acted.”

The company added: “Rest assured, we did not make the decision lightly. By not paying their bills, W&SC has risked water supply for the people of Eleuthera, and their non-payment has now brought this to a head at an unfortunate time. On October 23, we were ordered to restart production as part of an injunction made by W&SC. We complied with that order, but, given a number of inaccurate statements, we will be challenging the order.”