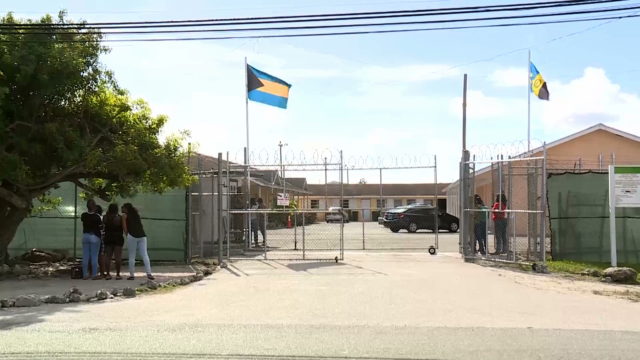 NASSAU, BAHAMAS – A total of 45 foreign nationals were arrested on Friday, April 5, 2019 during ‘Operation Western Sweep’ – a joint operation of the Department of Immigration, the Royal Bahamas Police Force and the Royal Bahamas Defence Force.

A statement released from the Department of Immigration said the Operation began at 5:00 a.m. on Friday past in Western New Providence, covering the areas of Frank Watson Highway, Old Fort Bay and the Airport Industrial Park Road, which led to the arrest of 45 foreign nationals.

The group was subsequently transported to the Carmichael Road Detention Center for processing.

“Upon further processing, 21 persons were released and 24 persons were committed to the Detention Center for various immigration infractions,” the Department of Immigration said.

“We wish to remind the general public that we are committed to carrying out the mandate of all law enforcement agencies in combating illegal migration, immigration offences and criminal offences. This results in a number of persons being arrested for various criminal offences by RBPF.”

Meanwhile, shortly following Friday’s apprehension, a statement released by the Rights Bahamas organization called on the Department of Immigration to cease and desist from its campaign of illegal roadblocks and arbitrary detentions.

“We also remind the public that there is no legal requirement to carry any form of identification in The Bahamas,” Rights Bahamas said. “Each and every person has the right to freedom of movement and no Immigration officer can lawfully stop you and demand that you produce any form of documentation whatsoever.

“The strategy of targeting people who, in the eyes of Immigration officers, appear to be foreigners – and especially Haitians – is itself unlawful, discriminatory and an example of profiling at its worst.

“The tactic of staging roadblocks and demanding that people show papers or else be detained is perverse, dictatorial and a gross violation of the rights enshrined in the Bahamas Constitution.”

Rights Bahamas said it is unclear whether the continuance of these tactics, which have been strongly denounced by international observers, is being directed by the government.

“Meanwhile, nothing seems to have come from the shocking revelations in an FBI investigation which pointed to rampant corruption at all levels of the Immigration Department,” Rights Bahamas said, adding that it calls on the government to immediately report to the public on its progress in investigating these allegations and bringing the perpetrators to justice.

“Instead of continuing its ethnically-driven, illegal purge of the populace, the Department would do well to work on getting its own house in order and purging the lawbreakers from within its own ranks,” concluded the Rights Bahamas statement.