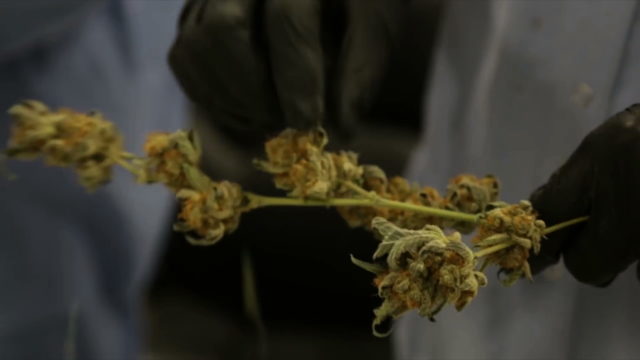 Police foiled a major drug deal this weekend in which they seized more than 350 pounds of suspected marijuana and arrested four suspects.

According to reports, Drug Enforcement Unit (DEU) officers on patrol a mile south of Coral Harbour, intercepted a white 20 foot Boston Whaler. After a search of the vessel, officer said they discovered more 12 crocus sacks filled with suspected marijuana.

Police said the suspected drugs have a street value of $390,000 and an estimated weight of 390 pounds.

The four suspects arrested on the vessel are expected to be charged later this week.