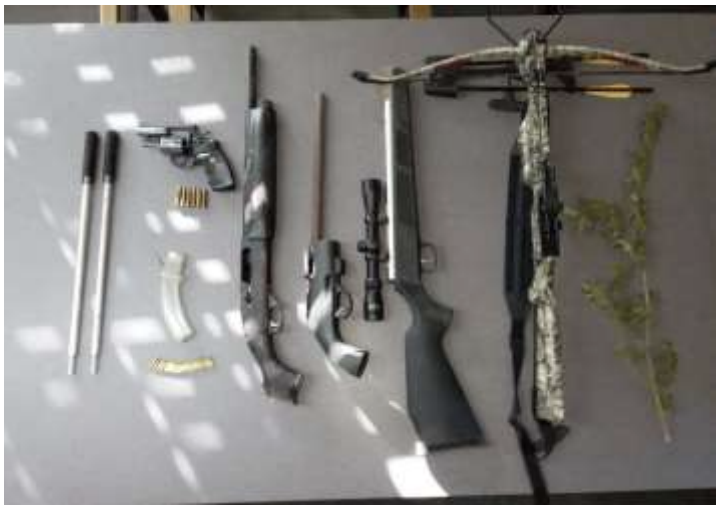 Police in Abaco arrested three men and one woman after they were found in possession of firearms, ammunition and dangerous drugs.

Reports are that shortly after 3:00 p.m. on Tuesday, officers of the Abaco District, acting on information, went to a residence in Leisure Lee, Abaco, where a search was conducted and officers discovered one .22 rifle, one .357 Smith & Wesson revolver, 19 .22 rounds, six .357 rounds, one 12-gauge shotgun, one partial 12-gauge shotgun, two barrels, one magazine, one crossbow, and one marijuana plant.

A man and woman were arrested and taken into police custody.

They are expected to be arraigned before the Magistrate Court later this week.

Also later that same day, officers of the Abaco District, armed with a search warrant, went to a residence on Bay Front Street, Coopers Town, where a search was conducted and officers discovered in a vehicle a quantity of suspected marijuana.

Two males were arrested and taken into police custody.