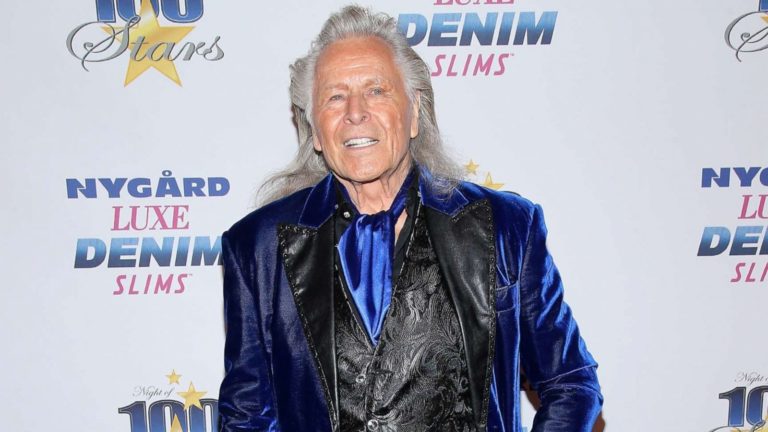 Twelve of the named plaintiffs are Bahamian, 18 plaintiffs are Canadians, 13 are American; one is German and another is British, according to court documents filed yesterday.

Seven of the Bahamian plaintiffs, who alleged they were raped at Nygard Cay, were either 14 or 15 at the time of the alleged incident.

The suit was filed in the United States District of New York, and names Nygard and his holding companies as the defendants.

The amended lawsuit for damages follows a federal class action complaint detailing the accounts of 10 women, six of whom were minors at the time, and who were allegedly lured to Nygard Cay in hopes of landing modeling contracts or fashion careers.

The youngest defendant listed in the February complaint was 14-years-old at the time of the alleged rape.

According to the amended complaint, five Jane Does were “raped, sexually assaulted, sexually battered, molested and/or sex trafficked” in New York, where Nygard has a residence above his flagship store near Time Square.

It also company employees knowingly benefited from their participation in covering-up these acts by continued promotion of the Nygard brand, and using Nygard’s alleged “sex workers” to render services to his companies.

Nygard has also been accused of luring women to Canada, California and Florida to engage in commercial sex acts.

At least 10 women were allegedly assaulted and trafficked in California.

According to the complaint, women were lured to other locations, including Winnipeg, Toronto, Montreal and The Bahamas, so that Nygard could allegedly sexually assault and sex traffic them.

The complaint is requesting the court grant permanent injunctive relief to prohibit Nygard from continuing to engage in the alleged unlawful acts outlined, and compensatory, consequential, general and nominal damages in an amount to determined at trial.

The claims of the 46 Jane Does are listed in the lawsuit.

Jane Doe No. 11 claimed she attended a pamper party at Nygard Cay when she was 15-years-old.

She claimed Nygard prevented her from leaving and accused him of taking her to his bedroom, where he allegedly raped and attempted to sodomize her.

She claimed Nygard demanded for her to urinate and defecate on him.

The teenager, who was a virgin at the time, also alleged that Nygard forced her to take a ‘morning after pill’.

When Nygard fell asleep, she snuck out of the bedroom and climbed the gate of Nygard Cay to escape, according to the complaint.

However, several months later, the girl began attending pamper parties regularly after allegedly being contacted by Nygard companies and threatened about telling anyone of the alleged incident.

According to the complaint, she was subsequently offered a job if she would recruit women for Nygard.

Jane Doe No. 37’s  father reportedly sold Nygard fur and was frequently at the store.

While at a restaurant in Winnipeg, Canada, the 15-year-old was about to enter the restroom, when Nygard allegedly pushed her in and closed the door before raping her, the complaint read.

A Bahamian woman, who claimed she attended a pamper party in 2008, said she was given a tour of the property, which ended in Nygard’s bedroom.

There, she accused Nygard of initiating sexual activity with her and was demanded to defecate in Nygard’s mouth.

Another woman claimed she was invited to Nygard Companies in Toronto to discuss a modeling career and was offered a modeling job in The Bahamas.

In the complaint, the then 20-year-old accused Nygard of raping and sodomizing her while at Nygard Cay on multiple occasions and claimed she was not permitted to leave the compound until her return flight arrived.

Nygard has also been accused of using several vessels, such as the ‘Yves Lauren’ and ‘Heesen MIRAGE” to transport drugs and liquor for these events.

According to the complaint, Nygard initiated a scheme to purchase police protection and political cover, and allegedly made regular payments of tens of thousands of dollars to law enforcement, regulators, government officials and a “former Cabinet minister who became the prime minister of The Bahamas”.

The complaint accused Nygard of regularly flaunting his political power by inviting and parading government officials at his Nygard Cay property.

The complaint claimed the 46 plaintiffs were at serious risk of retaliatory harm because of the defendant’s wealth and power.

It insisted the plaintiffs remain vulnerable because of the trauma they were allegedly subject to, and their safety, right to privacy and security outweighed the public interest in identification.

Nygard has denied these claims.