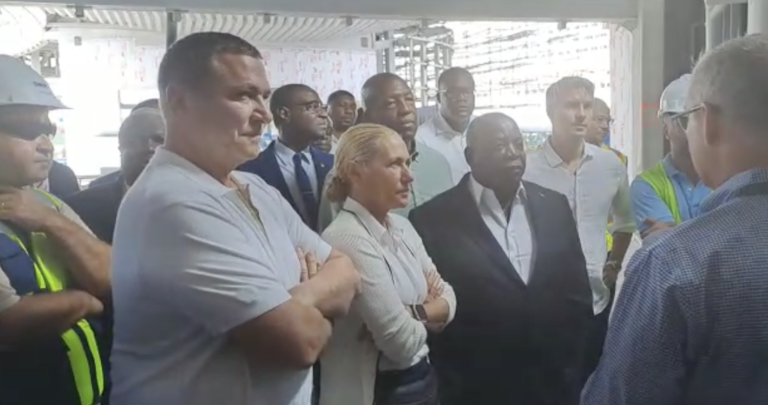 NASSAU, BAHAMAS — The redeveloped Nassau Cruise Port is scheduled to have its “grand opening” in late May 2023, with just under $300 having been invested in the project according to cruise port executives.

According to Maura, there are currently 300 persons working on the port project, half of whom are Bahamian. The project’s general contractor is Enka which is also working on the new US Embassy.

Once completed, Maura noted that the port will be able to comfortably handle three Oasis class ships at the same time along with three other vessels.

“We had expected to be finished long before the last weekend of May 2023 but the pandemic has had its fun with us. Once completed we will be able to handle comfortably three Oasis ships at the same time and three other vessels for a total of six,” said Maura. He noted that the port’s passenger capacity will increase from 20,000 passengers to around 33,000 passengers per day.

Maura revealed that while initially planned as a $250 million investment, that number has increased to just under $300 million. “It’s higher than we anticipated but obviously that was impacted by material costs rises due to the pandemic and so forth,” Maura explained.

By year’s end, the Nassau Cruise Port will have welcomed 3.2 million passengers, with over four million expected next year and 4.5 million in 2024. He indicated that 1,260 ships are expected to be handled in 2023, with that number increasing to more than 1,300 in 2024.

Maura said that the cruise port will also facilitate hundreds of jobs for Bahamians through various businesses and facilities in operation at the site.