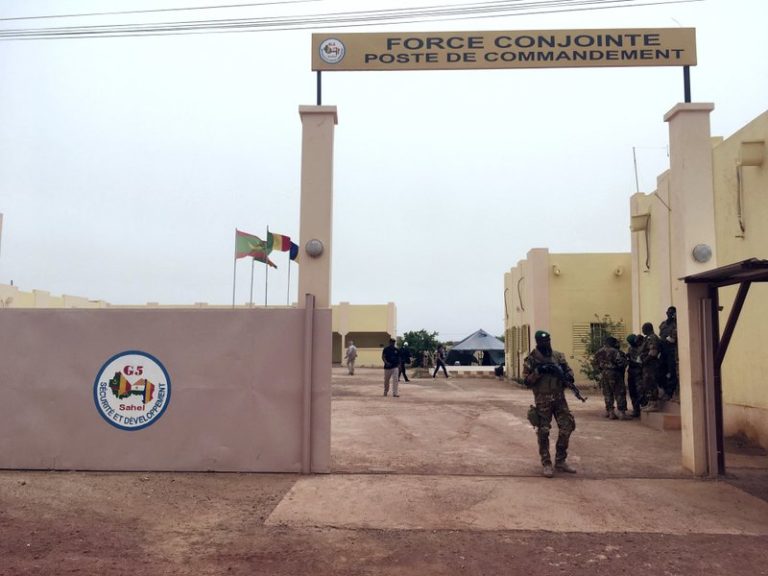 BAMAKO, Mali (AP) — A car packed with explosives detonated at the headquarters of a new, five-nation West African counterterror force in Mali, setting off a gun battle that killed two soldiers, a civilian and two attackers, officials told The Associated Press on Friday.

The attack highlighted the brazenness of the extremist threat in a part of the world that made headlines in October with the killing of four U.S. service members in an ambush in neighboring Niger.

Force commander Gen. Didier Dacko confirmed Friday’s attack by phone from Niger, saying it was “underway as I speak with you.” Residents said the blast shook the community of Sevare, near the central city of Mopti.

In addition to the deaths two other attackers were captured, G5 Sahel spokesman Abdoul Salam Diagana told the AP. Four soldiers, three suspected attackers and a civilian were wounded, said Dr. Djibril Kassogue with the Sevare Hospital. “The lives of those injured are not in danger,” he said.

This is the first time the G5 Sahel headquarters has been targeted. The assault comes shortly before French President Emmanuel Macron and African leaders meet at an African Union summit starting Sunday in Mauritania, with the regional extremist threat on the agenda.

There was no immediate information on the attackers’ identity. A number of extremist groups linked to al-Qaida and the Islamic State group are active in Mali, often targeting local security forces and the world’s deadliest active U.N. peacekeeping mission. They also have staged high-profile attacks in the capitals of Mali and Burkina Faso, including simultaneous assaults on the French Embassy and army headquarters in Burkina Faso’s capital in March.

The 5,000-strong G5 Sahel force launched last year and includes Mali, Burkina Faso, Chad, Niger and Mauritania. It has received millions of dollars in backing from the United States, European Union, Saudi Arabia and others.

This article was written by BABA AHMED, Associated Press writer.